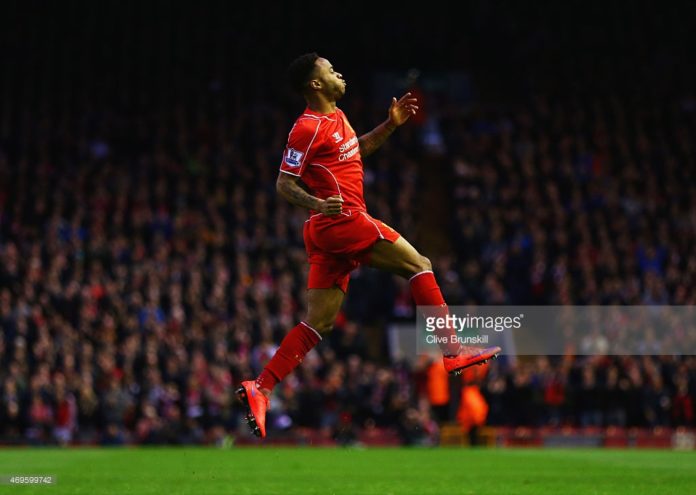 By Merseyside correspondent Cam Downes
Manchester City will make a second bid for Raheem Sterling in the next 24 hours, Football Insider sources understand.

City are set to continue their concerted effort to prise Sterling away from Anfield this summer by returning to the negotiating table with an improved bid of around £40m.
This will provide a stronger test of Liverpool’s resolve to hang on to their prize asset after Manuel Pellegrini’s team made an opening bid of £30m for Sterling, made up of an initial £25m supplemented by £5m of add-ons.
Liverpool are holding out for £50m for the England international and want a straight-cash deal to allow Brendan Rodgers to reinvest the money into his squad.
However, as revealed by Football Insider on Monday, a player-exchange could become a viable option if the Merseysiders reject the improved City offer.
Two players who could be of interest to Brendan Rodgers are Edin Dzeko and Stevan Jovetic, who slipped down the pecking order in Manuel Pellegrini’s team last season following the arrival of Wilfried Bony in January.
Bosnia international Dzeko, 29, who has attracted interest from Roma and Wolfsburg, is likely to be sold by City this summer as they free up space on their wage bill for a substantial overhaul of their squad. Fellow striker Jovetic, 25, could also be off-loaded amid interest from Inter Milan.
Liverpool are in the market for a proven striker and one of the City stars could be regarded by Rodgers as viable options.
City have identified Sterling as one of their leading summer targets as they prepare to spend around £220m to refresh a team that ended last season without a trophy.

However,  it will not be easy for them to wrestle Sterling out of Anfield. The 20-year-old still has two years remaining on a £35,000-a-week deal, with Liverpool owners Fenway Sports Group making it clear they are not prepared to sell to a rival this summer.
Football Insider revealed that City would start the bidding last week for the England international, who has also attracted interest from Arsenal and Chelsea.
City are also pursuing the likes of Juventus’ Paul Pogba and Wolfsburg playmaker Kevin de Bruyne.