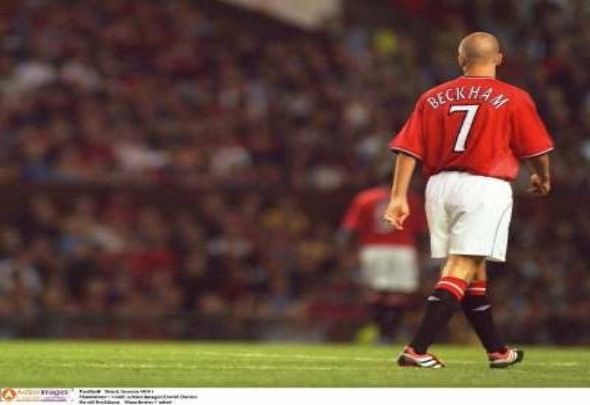 David Beckham has admitted that he was worried when Jurgen Klopp took charge of Liverpool last season.

The German manager replaced Brendan Rodgers as Reds’ manager in October, and took them to a Europa League final in his first season.

The former England international has admitted that he was the balance of power in the top flight would shift towards Anfield.

“When he first went in, I started to think, this could be worrying as a Man United fan, to see Liverpool coming back to being up there again with the big teams,” said Beckham to Sky Sports.

However, the former Real Madrid star did say that he believes the Premier League will be unpredictable next year with world-class manager’s Pep Guardiola, Jose Mourinho and Antonio Conte joining England, and Klopp in the top flight.

“It makes it unpredictable, but with Klopp going in at Liverpool, you could see the change (last season).

“But Jose (Mourinho) going to United and (Antonio) Conte going to Chelsea and Pep (Guardiola going to City) – who I love, I have been a big fan of his for so many years, both on the pitch and off the pitch, he does so much for a team. So it will be unpredictable, bit I do think it will be one of those teams who will be champions at the end of the year.”

The 115-time capped England international eventually left Old Trafford for Real Madrid, but the ‘class of 92’ graduate is still considered a legend at the club and within football.

Klopp joined Liverpool after a seven-year spell in charge of Bundesliga side Borussia Dortmund.

The 49-year-old coach also won the DFB-Pokal and two DFL-Supercup’s, as well as two German Football Manager of the Year awards.

In other Liverpool team news, Reds midfielder Lucas Leiva will miss the start of the Premier League season.