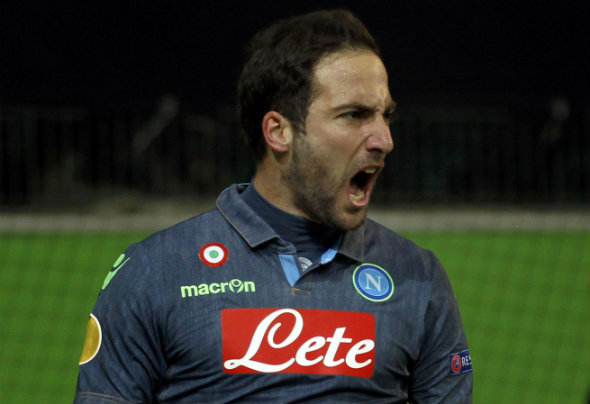 Manchester United legend Patrice Evra has reacted in amusing fashion on Instagram to the news that Gonzalo Higuain has joined Juventus.

Higuaín completed his £75.3million four-year move to Italian giants Juventus from Napoli after Sky Sports had reported two weeks ago on their website that Arsenal were interested in signing the prolific Argentine.

The Argentinean forward has signed a four-year deal with the Serie A champions worth a reported £6.3 million per season and Evra was delighted with the news.

The left-back first is pictured playing table tennis while he is being told of the Higuain’s completed transfer to his own club Juventus.

According to The Star, the Frenchman first responds to the news by saying, “I don’t believe it”

Evra then proceeds to begin dancing with friends in delight – the clip has now been viewed more than 180,000 times on his Instagram page.

With fee and wages, the deal is worth an incredible £100.5million making it the most expensive transfer in Serie A history.

Higuaín scored a stunning 36 goals last term for Napoli, equalling the record for most goals in the Italian top-flight.

Arsenal are finding it hard to sign a new striker after missing out on signing Leicester City striker Jamie Vardy after he opted to sign a new deal with the Premier League champions.

Juventus beat off interest from Spanish giants Atletico Madrid and Wenger’s side as Higuaín begins life with the former European champions.

The Argentina international leaves Napoli having scored 91 times in 146 appearances which has seen him become the most expensive transfer in the league’s history.

In other Arsenal transfer news, the Gunners will battle it out with their Premier League rivals for this Spanish forward.