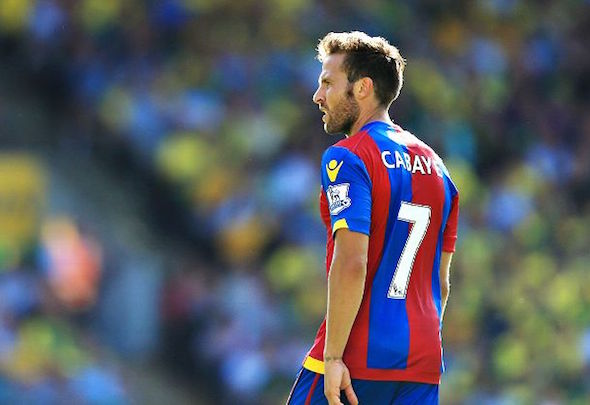 By Manchester correspondent Alex Stevens
Manchester United do not have attacking threat or spirit of adventure of their great teams of the past, according to Yohan Cabaye.
The Crystal Palace midfielder compared Louis van Gaal’s team unfavourably to the United teams moulded by Sir Alex Ferguson that he used to oppose during his Newcastle days.

Speaking after Saturday’s goal-less draw between the sides at Selhurst Park, Cabaye said: “I remember I played against Manchester United for Newcastle, they could score at every moment in a game.

“Here they did not have the big chances to score. Wayne Rooney had a free-kick in the first half and that was about it.

“Yes, they are a big club and yes, they can keep the ball – passes, passes, passes – but if you work hard against them and stay in a good shape they can’t do anything to pass through you or be adventurous.”

A Rooney free kick was the visitor’s only attempt on target, while the England captain was also denied in a one-on-one by Wayne Hennessey in the first half when he was unable to properly latch on to an Anthony Martial through ball.