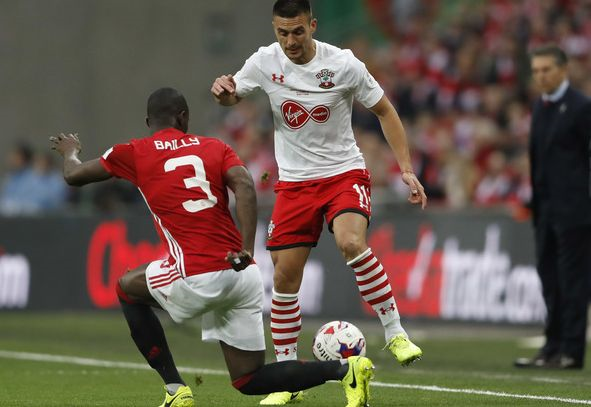 David De Gea 7 – A series of fine saves. Shows the value of a world-class stopper.

Antonio Valencia 6 – Kept on his toes defensively. Decent delivery in the final-third..

Eric Bailly 4 – Poor man-marking of Gabbiadini from the 22-year-old. Failed to track runs and came out second best.

Anthony Martial 4 – Isolated and ineffective. Had little to do on the left-hand side. Won’t help his long-term future.

Jesse Lingard 6 – Predictable at times, but a decent display. Excellent composure for United’s second goal. Lost it in the second.

Juan Mata 5 – Deployed in a role that had very little use. Hooked at half-time in-favour of ball-winner Carrick.

Zlatan Ibrahimovic 8 – A man for the big occasion. Had that impact with a brilliant free-kick. Left isolated as United receded, but came up with the match-winning moment.

Michael Carrick 6 (for Mata 45) – Introduced to regain some midfield control. Had to babysit Pogba and Herrera.

We’ve launched a << BREAKING NEWS FEED>> exclusively for your club. ‘Like Us’ on Facebook by clicking here if you want 24/7 updates on all Manchester United breaking news