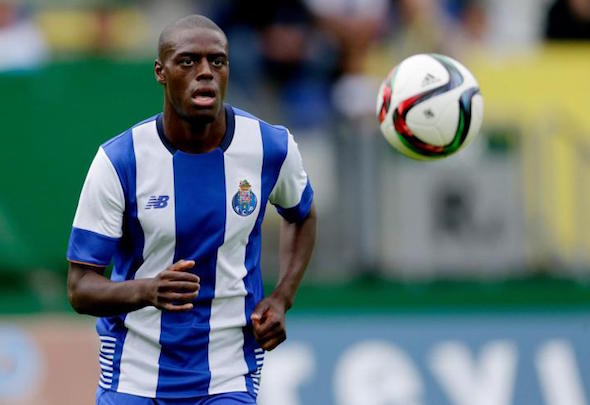 The Premier League giants have scouted left-back Martins Indi and midfielder Neves frequently in recent months as they consider whether to make bids.

A United source has told Football Insider that the club could make a late January transfer raid in an attempt to strengthen Louis van Gaal’s ailing team for the second half of the season.

Van Gaal has admitted he is in the market for a full-back after losing Luke Shaw, Antonio Valencia, Marcos Rojo, Ashley Young and Phil Jones to injury.

United are particularly short of cover at left-back and Dutchman Martins Indi is one of those on the target list of the Premier League club.

The Holland international, 23, can also fill in at centre-back and is rated in the £15million bracket by the Portugese club.

Scouts were in attendance to watch Martins Indi help his side keep a clean sheet in Porto’s 1-0 win over Maritimo last Sunday.

Emerging star Neves is a midfield anchorman who is being closely monitored by Europe’s leading clubs on the back of some impressive performances since breaking into the Porto first team.

The 18-year-old, who has a £29million release clause in his contract, has been scouted regularly by Arsenal this season.

Neves is so highly rated in Portugal that he has already been fast-tracked into the national team, where he has earned two full caps.