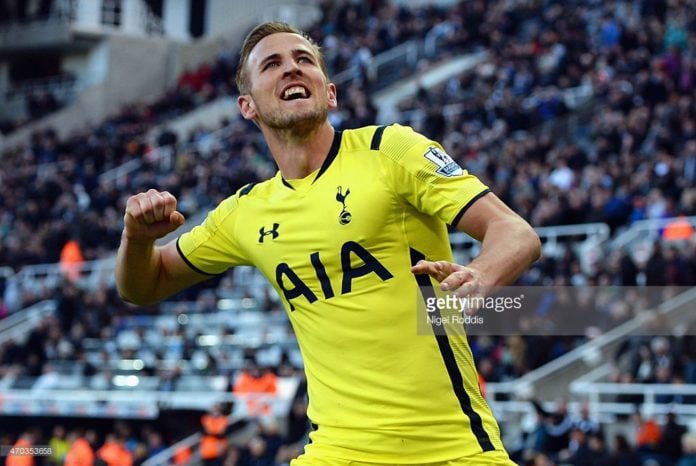 EXCLUSIVE | By Tottenham correspondent Tony Hughes
Harry Kane is set to be handed his third new contract inside a year to keep him out of the clutches of Manchester United, Football Insider sources understand.

Kane is poised for talks with Spurs about an improved deal following his remarkable progress last season.
The youth-team graduate, 21, signed a contract last summer, before penning a new £35,000-a-week, five-and-a-half-year deal in early February.
Football Insider has learned that he is now set for his third pay rise in less than 12 months as reward for a campaign in which he scored 31 goals for Tottenham as well as starting his international career in stunning fashion by netting 79 seconds into his first England appearance.
White Hart Lane chiefs are adamant that their talisman will not be sold to United or any other Premier League club this summer.
But chairman Daniel Levy recognises that the interest from Old Trafford is genuine and knows that Kane needs to be brought into the top bracket of Tottenham earners given his new status at the club.