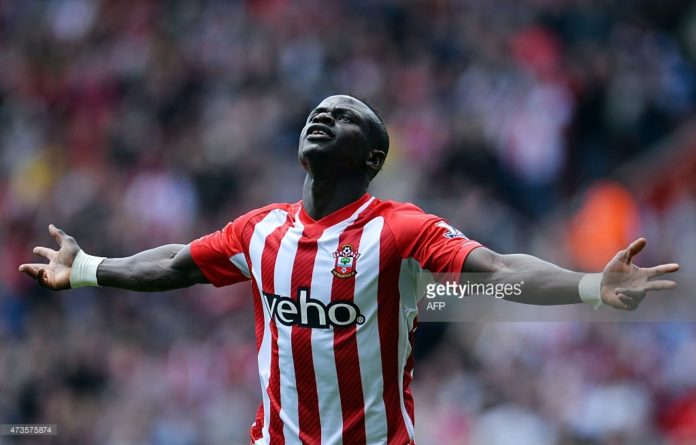 The south coast club do not want to sell the Senegal winger but are aware that United will make a concerted pursuit for him after losing out to Chelsea for Pedro.
It emerged earlier on Wednesday, soon after it became clear that hat Pedro was heading for Stamford Bridge, that United have registered their interest in Mane with an initial bid.
Manager Louis van Gaal is interested in signing the 23-year-old, who impressed for Southampton last season following his £10.5million move from Red Bull Salzburg.
Mane scored 10 Premier League goals for the Saints and caught the eye of a number of Premier League clubs with his pace, mobility and penalty box prowess.

Van Gaal wants a pacy forward who can play anywhere across the forward line and believes that Mane fits the bill following his performances in his debut English campaign, which included the fastest hat-trick in Premier League history in Southampton’s 6-1 win over Aston Villa in May.
United target Mane is valued at £30million by Southampton, who are loathe to lose another of their best players to Old Trafford after selling Morgan Schneiderlin and Luke Shaw to Van Gaal’s team in the last two summers.