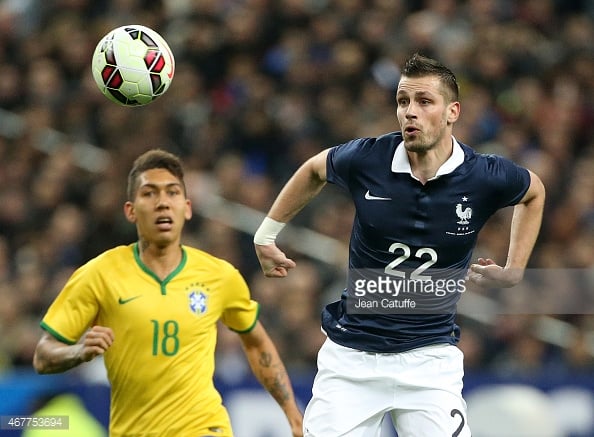 EXCLUSIVE | By Manchester correspondent Alex Stevens
Manchester United will make a new bid for Morgan Schneiderlin as they attempt to seal the signing of the midfielder next week, Football Insider sources understand.

Louis van Gaal’s team are expected to return with an offer of around £22million after their initial bid was rejected by Southampton.
United’s opening offer of around £18million did not come close to matching the Saints’ £25million valuation of the France international.
United are reluctant to pay the full asking price for a player who only has two years remaining on his contract.
Schneiderlin has emerged as a key summer target for the Premier League’s richest club. Manager Louis van Gaal wants to make a major midfield signing, and is eyeing up possible long-term successors to Michael Carrick in the anchorman role.
United are firm favourites to sign Schneiderlin after, as revealed by Football Insider, Arsenal pulled out of the race to land the Frenchman.
United and Southampton have held extensive discussions about the possibility of Schneiderlin moving to Old Trafford this summer.
The 25-year-old has been open about his intention to quit St Mary’s Stadium for an England-based club competing in next season’s Champions League.
Despite Schneiderlin’s desire to move, the Saints intend to hold firm on their £25m valuation. which could force the player to push strongly for a move for the second consecutive year.

“I think my decision is made,’ Schneiderlin told French radio station RMC at the end of last season. “The goal is to stay in England. It is a championship that I like and where I have a lot of fun. If I leave Southampton, it is for a club that plays better than the Europa League.

“There are ongoing discussions but nothing is done. But of course the Champions League is my goal. If I leave Southampton it will be for a club in the Champions League. If a club pays the right amount for me, it will be time to leave. The amount? I have no idea but I will not leave for a small price. Southampton is known to be a good seller club, the price should be high enough.”