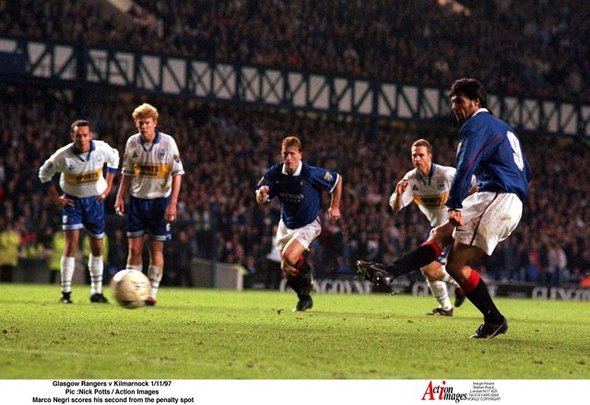 Gattuso was a team-mate of Negri’s at Ibrox before the ex-midfielder would go on to lift the Champions League with Milan and the 2006 World Cup with Italy.

The former combative midfielder was recently appointed as manager of struggling Serie A giants Milan but Negri now thinks a return to Ibrox could be a possibility.

Negri also believes Gattuso would be a great fit at Ibrox as he has “everything” needed to be a success in the Ibrox hotseat.

“Gattuso to Rangers? Could it happen? Maybe,” Negri said, as quoted by the Sunday Post.

“In my opinion, if he were to finish his time at Milan, then Rangers would be able to get him.

“That would be great for them because he has everything it takes to do well.

“Like all Italian coaches, Rino is very strong on the tactical side of the game.”

Gattuso played only 34 games for the Gers after arriving in Scotland as a teenager from Perugia in 1997.

After leaving Ibrox, Gattuso joined Salernitana before quickly making the switch to Milan where he would become a Rossoneri icon.

Gattuso made 468 appearances for European giants Milan as a player before finishing his playing career with Swiss side FC Sion.

Negri joined Rangers during the same summer as Gattuso and scored a phenomenal 23 goal in his first ten league games for the Gers.

An eye injury picked up playing squash forced the striker to miss a long spell of games before further injuries – including one which almost cost Negri his leg – practically ended his Ibrox career.