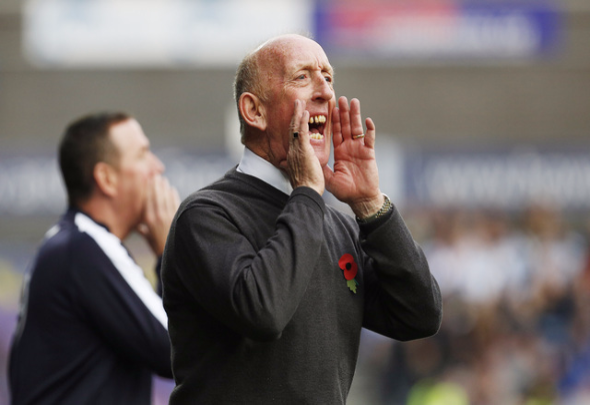 Former Huddersfield caretaker and academy boss Mark Lillis had high hopes for Jack Boyle in 2015 – but just under two years later the midfielder is reportedly on trial at Leeds.

BBC broadcaster Adam Pope reported on his personal Twitter account on Tuesday afternoon that the 18-year-old was one of three on trial with the Yorkshire giants’ Under-23s side that were beaten 4-3 by Sheffield United on Monday.

The revelatios that the young attacking midfielder has been allowed to leave the Terriers has come as a shock, especially after he was handed a professional deal taking him up to 2018 in the summer of 2015.

Then academy manager Lillis also gave the young attacker a glittering reference and shared that the player was one that would excite fans.

“It’s a great moment for Jack to sign his first professional contract, and one that is fully deserved after the progression he has made over the last 12 months,” told Boyle to the official Huddersfield website.

“Jack is a very technically sound footballer; the type that makes things happen in the attacking third of the pitch and gets fans off their feet.

“However, as I always say, the hard work is only just beginning for Jack! He’ll continue to work under Professional Development Coaches Tony Carss and Leigh Bromby with the Under-18 group and will be challenged to make the step up to the Development Squad in due course.”

Boyle has seemingly traded places with young striker Frank Mulhern, who the Huddersfield website revealed on Monday was on trial with their club after coming through the Leeds youth ranks.

Both clubs will have now had a good look at the young duo through training and match time and they will soon be deciding whether to offer contracts, or not.

Leeds have a very good record of bringing through young players and supporters will hoping Boyle can lift them from their seats, as Lillis predicted in 2015.

In other Leeds news, Pontus Jasnsson has sent a Twitter message to fans ahead of Cardiff clash.