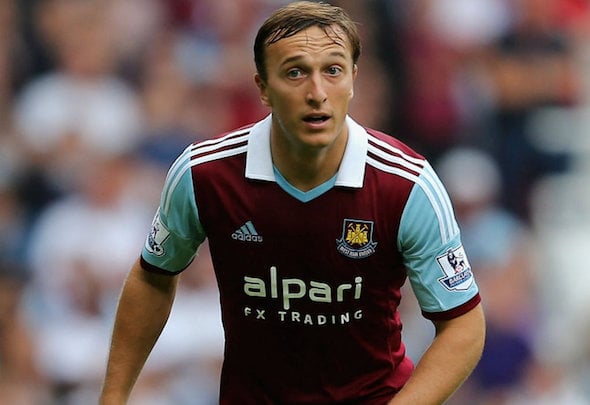 Mark Noble believes that West Ham are moving in the right direction but admits fans expectations are higher than ever.

West Ham marked a final year at the Boleyn Ground in some style, finishing the league in seventh place and losing just three home games all year.

The Londoners have earned a place in the Europa League qualifiers and will hope to secure European football for their new Olympic Stadium.

“It (Olympic Stadium) is going to be a fantastic place and now the club is being run properly we are moving in the right direction,” Noble told the Mirror. “Have expectations gone up? With West Ham fans, of course.

“As the chairman has been quoted as saying about ­Champions League football next season that has raised expectations, but that is football these days.

“West Ham fans are like that. They expect a lot and that is what we have got to give them.”

West Ham face NK Domzale in the first-leg of their European qualifier on Thursday and will be hoping to seal a place in the group stages alongside Premier League duo Southampton and Manchester United.

Their star player from last season Dimitri Payet told supporters that he would 100% staying at the club in The Sun and he will be a key figure if they are to repeat their form from last season.

Payet joined West Ham from Marseille last summer for around £12.5 million and was integral to the Hammers sensational season, scoring 12 goals and providing 14 assists in all competitions.

The PFA nominee of the year was well supported by duo Michail Antonio and Andy Carroll who added 20 goals between them in all competitions.

Since West Ham’s promotion to the Premier League in 2012 they completed three consecutive season of mid-table football under new England manager Sam Allardyce, before their improved finish last season under Slaven Bilic.

The Croatian will now be hoping to continue the club’s rise up the league and impress the new 52,000 season ticket holders at the new stadium.

In other West Ham team news, their youngster has explained how he intends to secure a regular first-team spot this season.