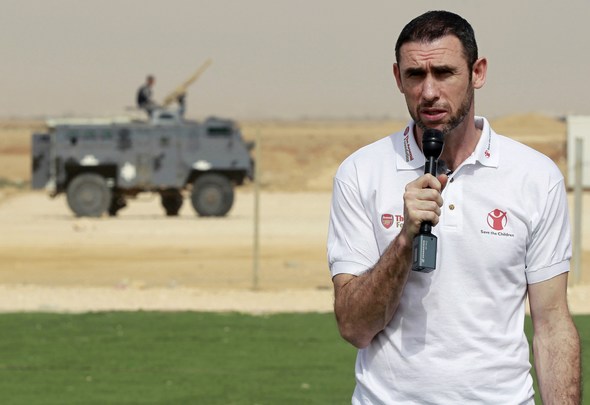 Martin Keown has identified Wembley as the reason why Tottenham were knocked out of the Champions League on Tuesday evening.

The north London club were eliminated at the group stage in midweek following a 2-1 defeat against Monaco in France.

However, Keown believes it was the home form which ultimately cost Spurs their European place.

Tottenham have so far played two fixtures at the famous English ground, which has brought two losses against Monaco and Bayer Leverkusen.

Former Arsenal defender Keown highlighted Spurs’ unbeaten record in the league, stating that the only difference in Europe was Wembley.

“Tottenham have struggled because they have played their home games at Wembley,” started Keown in his column for the Daily Mail. “No one would have enjoyed coming to White Hart Lane. Tottenham are unbeaten in the Premier League. The only difference is playing at Wembley.

“It is normal that this young team are feeling the extra burden that Champions League football brings, but Wembley brings too much of a newness. Supporters know how to generate an atmosphere that makes things tricky for opponents at White Hart Lane. At Wembley, your home comforts are just not there.

“I don’t think Tottenham would have been able to score those two late goals against West Ham had that match been played at Wembley. If you have a good experience in your first game at Wembley, then that grows in your mind. By losing their first two games there, too much pressure is then placed on Tottenham’s away games.”

Spurs are having to play their European home fixtures at Wembley with White Hart Lane undergoing construction, as they look to move next door to a new 61,000-seater stadium.

They will play their sixth and final game of the competition at Wembley in December against CSKA Moscow.

The Russian outfit are currently propping up the group in fourth and Spurs will know that a win or a draw will see them through to the Europa League knockout stages.

Mauricio Pochettino will now have the league as his primary focus with the Argentine looking to improve on last season’s third place finish.

The north London outfit are currently sat in fifth place and a win against Chelsea on Saturday could see them move up to second.

In other Tottenham news, here is the best possible XI to face Chelsea.