The former Leeds striker, speaking exclusively to Football Insider assistant editor Russell Edge, insists the 22-year-old would be a “possible gem” for the Whites after his impressive performances in the Premier League.

As revealed exclusively by Football Insider on Friday, the Whites have plans to raid the Cherries should they swap divisions this summer, with Ramsdale among Victor Orta’s targets.

As revealed by Football Insider in April, Kiko Casilla is considering a move back to Spain this summer, potentially leaving Leeds in the market for a new shot-stopper.

Whelan believes the answer could be found on the south coast in Ramsdale but suggests there will be plenty of other suitors in the hunt.

Whelan told Football Insider: “It’s not the first time his name’s come to light, is it? We’ve seen him showcase himself in the Premier League and he was on the list of everybody last season.

“At 21, 22, he’s a fantastic age, we can see from when he made his debut he was fantastic between the sticks, someone that has been at a club that has been in the Premier League for a long time.

“If you’re looking at goalkeepers that could possibly be available, he’s very much like a Henderson at Sheffield United – a good age to build into the Leeds United side, give him the experience he needs.

“It’s going to be a difficult one – do you go for that experience with someone a little bit older or do you go for youth, someone that could be there for five years and turn into a possible gem for Leeds United?

“There’s options there but I’m sure everyone else will be looking because he seems a player who has a massive future ahead of him.” 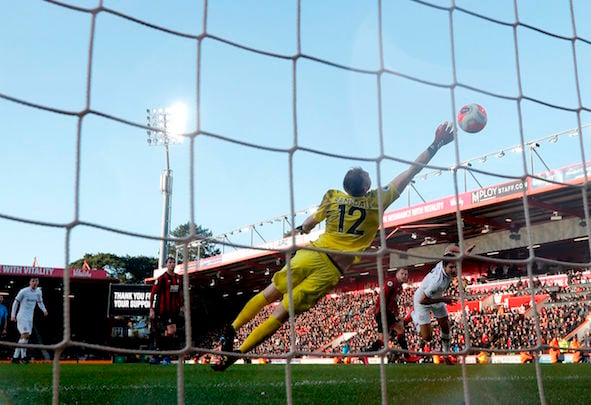 Ramsdale has played 30 times for Bournemouth this season after establishing himself as the first-choice keeper under Eddie Howe.

An England under-21 international, he spent the second half of last season on loan at Wimbledon.