Kevin Phillips has claimed the devastating Callum Wilson injury is “another massive blow” for Newcastle United but Steve Bruce has the experience to deal with it.

The former Sunderland striker, speaking exclusively to Football Insider, claimed that Wilson is a huge loss to Newcastle following confirmation of his injury.

On Thursday, Bruce confirmed that the Magpies’ star striker is facing six to eight weeks out after tearing his hamstring in the first half of the 3-2 win over Southampton last weekend. 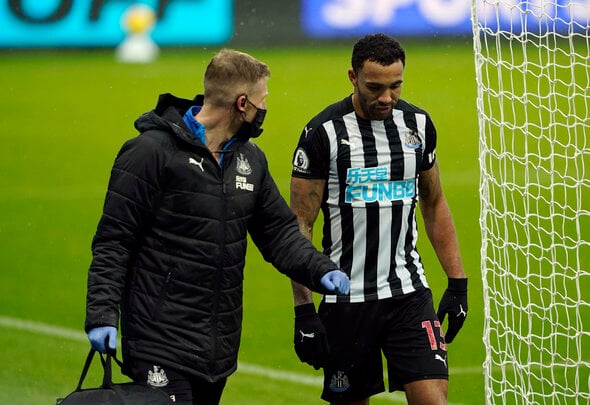 Dwight Gayle, Andy Carroll and Joelinton are all candidates to start in Wilson’s absence but none of them can match his goalscoring statistics of 10 Premier League goals with each forward only having one league goal to their name this term.

There is still plenty of pressure on Bruce from the Newcastle fanbase despite two impressive wins over Southampton and Everton.

“I think he’s a fantastic player, we saw that up in Everton last week, he was immense.

“He’s a quality player and I’ve said that all along and I don’t think there’s anyone at Newcastle who can replace what he does.

“No disrespect. Andy Carroll is what he is. Dwight probably just needs a run of games and Joelinton’s been poor, he hasn’t lived up to his price tag.

“Bruce will be gutted and for the player himself, he’s up there among the top scorers this season.

“Someone has to step up now so it’ll be interesting to see what Steve does over the next few weeks.

“The pressure is already on Brucey, I’ve always thought that he’s done a magnificent job, he’s had to fight so many different things.

“This is another massive blow along the way but he’ll deal with it, he’s a strong enough character.”

Newcastle’s form has turned around in recent weeks with the win against Everton ending a run of six straight losses in all competitions.

With the Magpies still not safe from relegation, they travel to Chelsea on Monday night as Bruce assesses which player could stand-in for the injured Wilson.

In other Newcastle United news, Kevin Campbell has been blown away by one ‘great’ Magpies signing.