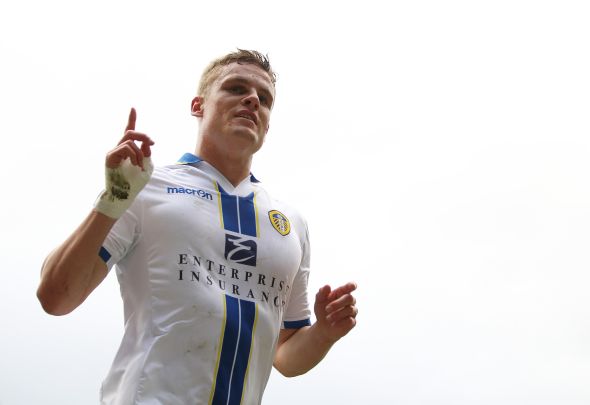 Ex-Leeds striker Matt Smith has thanked the Elland Road support for their warm reception on his return to the club on Saturday.

The 27-year-old currently plays for Queens Park Rangers, and scored 14 goals from 48 appearances for Leeds in just over a year with the club between June 2013 and September 2014.

He made his return to Elland Road during the Championship clash between the two sides on Saturday, playing 78 minutes during the 0-0 draw.

Following the game, Smith took to his personal Twitter account to thank Leeds fans for welcoming him back to the club with open arms.

Always means a lot! Thank you #LUFC. Was good to be back 😝 https://t.co/eHu4uCQzTi

Smith joined QPR from Fulham during the January transfer window, and has scored two goals for the club from his seven appearances at Loftus Road.

There was also a heart-warming reunion for Leeds goalkeeper Rob Green, meanwhile, who spent four seasons with QPR prior to his move to Elland Road.

However, they secured a valuable point to maintain their lead over Reading and Sheffield Wednesday, who both lost on Saturday.

They are next in action against second-placed Brighton in a week’s time, in a clash that could have a defining impact on the Championship promotion race.

In other Leeds news, Luke Ayling has delivered his verdict on the stalemate with QPR.

We’ve launched a <<BREAKING NEWS FEED>> exclusively for your club. ‘Like Us’ on Facebook by clicking here if you want 24/7 updates on all Leeds breaking news