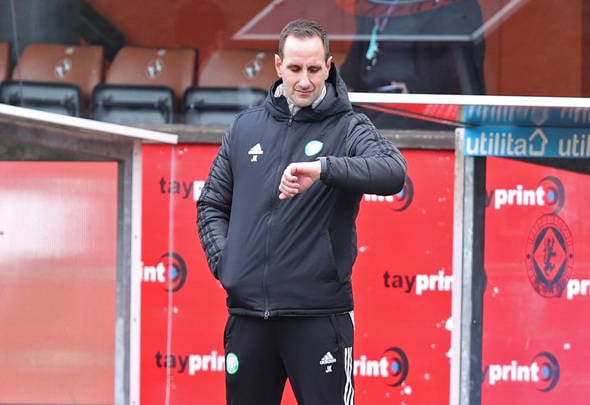 Frank McAvennie has claimed the new contract for Stephen Welsh is a big hint John Kennedy is getting the Celtic manager job permanently.

The former Hoops hitman, speaking exclusively to Football Insider, is baffled by some of the decisions Celtic are making without a permanent manager in charge.

Welsh, 21, signed a new contract earlier in April as his newfound importance to the first team rewarded. 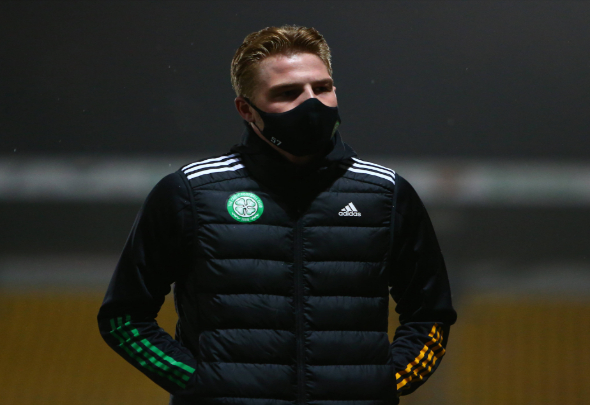 Welsh came through the club’s academy and has become a regular starter under Kennedy in recent weeks after making his senior bow last season.

McAvennie was baffled by the decision to give Welsh a new deal while no permanent manager was in place and suggested it is a hint about the caretaker boss.

“When the boy Welsh got a new contract I thought John Kennedy was getting the job,” McAvennie told Football Insider correspondent Ben Wild.

“How can you sanction a four-year contract when there’s no manager in place, that’s why I was thinking it.

“I know he’s a kid but what if new management comes in and buys three new centre halves? He won’t be playing.

“It baffles me. I’m sure the new guy will want to see his own players. I thought John was behind it and John rates him highly.

“The boy’s got a chance but it’s strange to see a contract get put out just before a new manager comes in, I’ve never seen that before.”

Kennedy has been in charge of first team matters since Neil Lennon stood down from the manager role at the end of February after a dismal campaign.

Welsh has now made 17 appearances in all competitions for Celtic this season with most of them coming since Lennon left the club.