Signing Moussa Demebele would be a remarkable coup for Celtic, according to his Fulham strike partner Ross McCormack.

The 14-times capped Scotland international striker played alongside the French teenager as the youngster claimed 17 goals in all competitions for the Craven Cottage outfit in the recently completed season.

Brendan Rodgers currently heads the queue of suitors for Dembele who is now out of contract and would cost a bargain £250,000 for an overseas club.

“If Celtic manage to sign Moussa, that will be a real coup for them. Wherever he ends up this summer, it will be at a good club,” McCormack said to getwestlondon.

“I would think Celtic will be doing well to get him. He is 19-years-old and halfway through his first full season playing in our team, he nearly went to Spurs.”

The four-times-capped France Under-20 international has been at Fulham since his £270,000 move from Paris Saint Germain in 2012.

The young starlet formed a 40-goal partnership with McCormack and was on the verge of a transdfer to White Hart Lane in January before the proposed deal collapsed at the eleventh hour.

Rodgers is seeking support for 40-goal hitman Leigh Griffiths and has created space in the Hoops squad by releasing Anthony Stokes, Carlton Cole and Colin Kazim-Richards since arriving at Parkhead.

In other Celtic news, Rodgers has shown an interest in Euro 2016 star Shane Duffy. 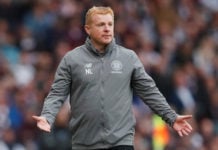