Tom Heaton may have felt forced out of Aston Villa thanks to Emiliano Martinez’s arrival, according to Alex McLeish.

The former Villa boss, speaking exclusively to Football Insider, suggested the English keeper needed a new challenge after being “usurped” by the Argentine.

Villa confirmed Heaton, Ahmed Elmohamady and Neil Taylor will leave the club when their contracts expire this summer.

The trio depart having been fantastic servants both on and off the pitch.

Everyone at Aston Villa wishes them all the best for the future. 💜

As revealed by Football Insider on 14th May, the shot-stopper rejected a new contract at Villa Park and has verbally agreed to join Manchester United.

Heaton was still recovering from a serious knee injury when Martinez joined from Arsenal last summer.

The 35-year-old returned to the squad in December but failed to make a single appearance before the end of the campaign.

McLeish admitted the competition at Villa Park was fierce and suggested Heaton needed a move.

“You have to accept that you’ve got to go somewhere else now. The competition was such that the guy that is playing the same position as you has usurped you.

“That’s football. That is life. You have to accept that challenge and look for another one.”

Heaton, who joined Villa from Burnley in 2019, made 20 appearances for the Midlands heavyweights.

He suffered a cruciate ligament injury on New Year’s Day 2020 playing against his old side. 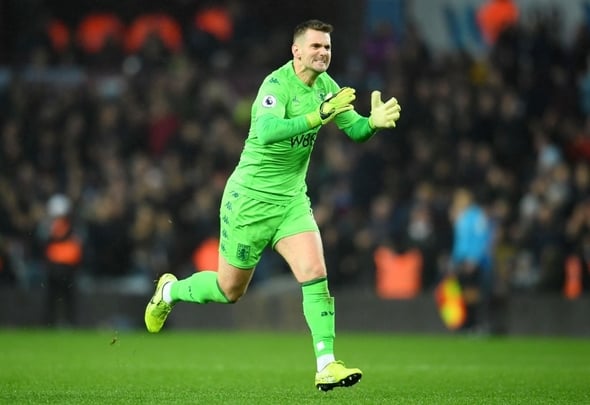 Martinez played every single minute in the Premier League and kept 15 clean sheets.

Jed Steer is the only other senior goalkeeper on Villa’s books.