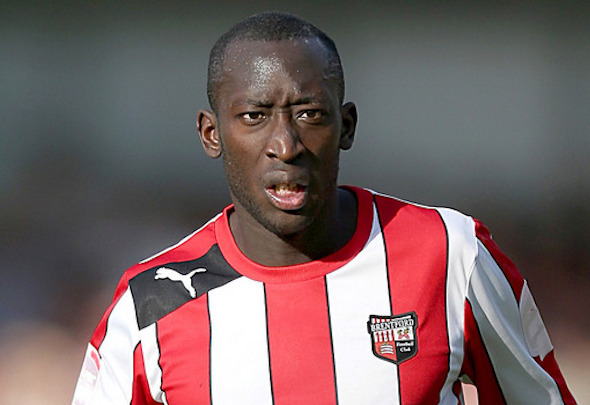 Toumani Diagouraga has completed a Leeds medical over the weekend and is set to be confirmed as the club’s £600,000 new signing on Monday, Football Insider sources understand.

Leeds had a bid for the midfielder accepted by Brentford last week and he was given the green light to discuss terms with the club at Elland Road on Friday.

The 28-year-old underwent a medical on Saturday and was pictured in the stands at Elland Road on Saturday in the Yorkshire club’s 1-0 win over Bristol City.

A Leeds source has told Football Insider that Diagouraga has agreed a contract that will run until the summer of 2018.

The Championship club have beaten Rangers to the signature of the Frenchman, who was targeted by the Scottish club’s manager and ex-Brentford boss Mark Warburton.

Speaking on Friday, manager Steve Evans said: “I think it was a big decision for the kid. I was obviously aware of Rangers’ interest. The boy had a big decision make. But obviously you only get to speak to a player if clubs agree a fee.

“We agreed a fee, so that’s why we could speak to him. It’s taken a little while to get there but I’m delighted we’ve got there. I’m grateful to the owner Mr Cellino who’s made this happen.

“I wanted to build. I thought we wouldn’t get there so I was pleased to get it over the line. He was up there with my top targets.”

Diagouraga will be registered in time to make his debut for Leeds in their Championship clash against former club Brentford on Tuesday night.

The deal to sign Diagouraga came at the end of a week in which Leeds sold defender and academy product Sam Byram to West Ham United for £3.5million plus add-ons.