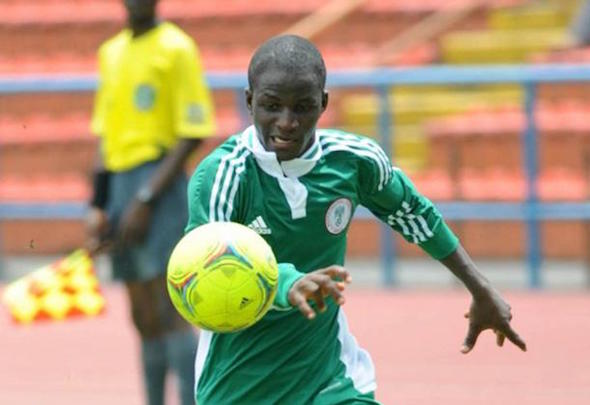 Samuel Chukwueze is set to undergo an Arsenal medical on Tuesday and sign a four-year contract with the club, Football Insider sources understand.

The teenage midfielder will fly to London on Monday night to complete his move to the Gunners, which is part of a £4million double deal with countryman Kelechi Nwakali.

Chukwueze’s transfer to Emirates Stadium had been held up while he waited for visa and work permit clearance.

But he has has now been given the green light to move to Arsenal and link up with fellow teenager Kelechi Nwakali, who joined the Gunners a fortnight ago.

Chukwueze is set to board a British Airways flight to London on Monday night and head to Arsenal, where he will complete a move that was in agreed in principle a month ago.

“My trip to London is on Monday night,” Chukwueze told AfricanFootball.com. “I’m happy that everything is going well and I will do my best when I get there by the grace of God.”

Football Insider revealed last month that Arsenal’s double deal for Nwakali and and teenage countryman Samuel Chukwueze was ’99 per cent done’ after a £4million fee was accepted by the Diamond academy in Nigeria.

Nwakali, 17, was named as player of the tournament, while Chukwueze, 16, also delivered a series of promising displays and scored three goals for Nigerian from midfield.