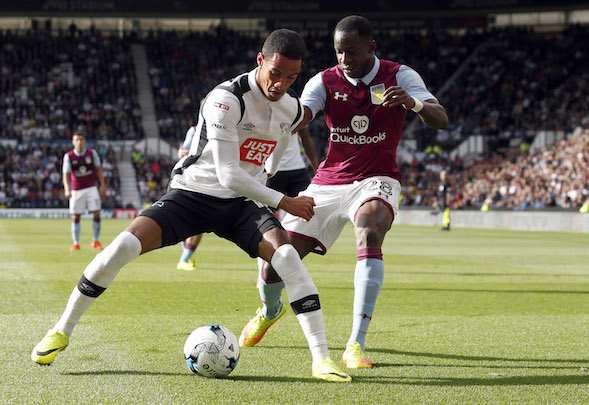 Aston Villa defender Aly Cissokho arrived in Greece on Sunday to put the finishing touches to a transfer to Olympiakos, according to a report.

French publication Mercato 365 claim the left-back will undergo a medical with the Greek club and the deal is set to be sealed at the start of next week.

It is said that Cissoko will join initially on loan until the end of the season, although the transfer will include an option for Olympiakos to buy him permanently.

But Jordan Amavi eventually succeeded his fellow Frenchman and Cissokho, 29, has not featured for the Championship club since their away win at Reading in October when he conceded a penalty for the second consecutive game.

Cissokho’s departure will free up space on the Villa wage bill for manager Steve Bruce to continue his shake-up of the squad.

He joined in 2014 when he was signed by Valencia by the club’s former manager Paul Lambert.

As Cissokho’s departure edges towards the finishing line, Bruce must find a replacement during the January transfer window. Norwich’s Robbie Brady has been mooted as a target and he would be a fine signing but there is a feeling he is more comfortable pushed forward into a left midfield role rather than in defence. Therefore, Bruce must target a specialist full-back who would challenge Jordan Amavi for a first-team spot. Having adequate cover to deal with the rigours of the Championship is crucial and Villa will need real depth of squad if they’re going to have a chance of hauling back the teams in the play-off spots in the second half of the season.

In other Aston Villa transfer news, the club is in a reported battle with Premier League sides for this versatile 24-year-old.