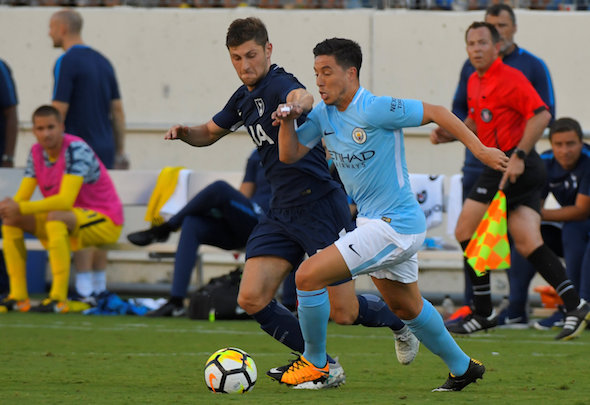 Manchester City midfielder Samir Nasri is set to complete a move to Turkish side Antalyaspor this summer, according to a report.

The BBC claims that the 30-year-old has been in talks to seal a switch to the top-flight outfit and he is expected to undergo a medical in Turkey on Sunday.

The news broadcasters report that the France international is poised to put pen to paper on a two-year deal which would spell the end of his six-year tenure at the Etihad Stadium.

New City manager Pep Guadiola was not impressed with the midfielder last season and he sent him out loan to La Liga side Sevilla.

Nasri enjoyed a decent spell in Spain, featuring in 31 matches and contributing with three goals and three assists in all competitions.

The Frenchman enjoyed a great start to his City career, clinching two Premier League titles in his first three seasons at the club.

The midfielder scored a total of 27 goals and provided 40 assists in over 170 appearances for City.

Nasri’s departure from the Etihad Stadium has been on the cards for some time now. The midfielder appeared to disappoint Guardiola in last year’s pre-season where the City boss publicly criticised him of not being in the right shape to feature in the first-team. Following his first three years at the club, Nasri has never been able to fulfil his true potential and it seems that he has allowed off the field distractions to affect the further progression of his career. For Nasri’s sake, it would be great to see him recover his great form and see whether he will be able to force his way into contention for next year’s World Cup in Russia with the France national squad. 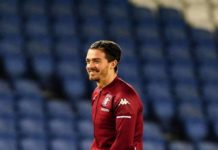