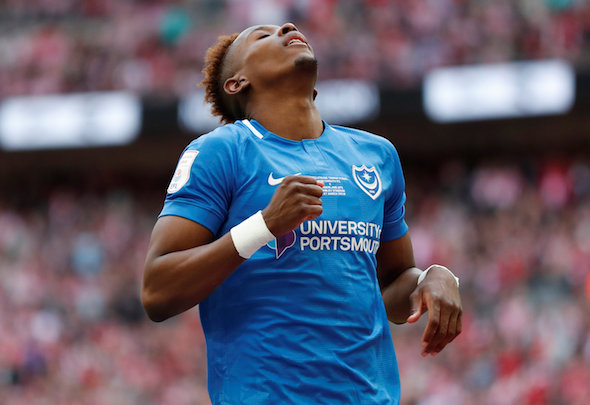 The Championship club have been chasing Lowe, 25, all summer and, after seeing several bids rejected by the League One outfit, have finally settled terms.

A Wigan source has told Football Insider that Lowe has been granted permission to head to the DW Stadium and finalise terms.

Barring any late issues and assuming he successfully completes his medical, Lowe is set to put pen to paper on a three-year contract before being unveiled as the Latics’ latest summer signing.

Wigan have fended off interest from rival Football League clubs to al but secure a deal for the talented winger.

Lowe impressed at Portsmouth last season, helping the club reach the League One play-off semi-finals only to lose to Sunderland.

He scored 17 goals from 55 matches in all competitions last season, 15 of which came in league fixtures, and also weighed in with nine assists.

Portsmouth have reluctantly agreed to cash in on Lowe as he has entered the final year of his contract at Fratton Park and he wants to play at a higher level.

The move will see him be reunited with Paul Cook, who signed him from non-league outfit Hampton & Richmond when he was in charge at Pompey.

In other Wigan Athletic news, Football Insider can reveal that Birmingham, Hull and the Latics are plotting bids to sign Sheffield United striker.