Christian Purslow has been the driving force behind the Aston Villa pursuit of Pepe Reina as the club finalise a deal today, Football Insider understands.

The goalkeeper, 37, is on the verge of joining the Premier League strugglers on loan for the rest of the season.

A Villa source has told Football Insider that Reina is undergoing a medical today before putting pen to paper on a temporary deal. 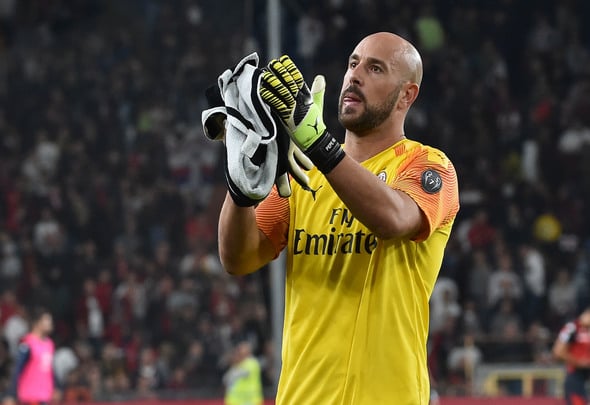 Purslow has been the architect behind the swoop for the Spaniard by using his connections to help get the transfer over the line.

The 56-year-old Vila chief executive was managing director at Liverpool while Reina was playing some of the best football of his glittering career.

He severed his Anfield ties in 2014 after winning the FA Cup, League Cup and UEFA Cup Super Cup during his time at the club as well as the Premier League Golden Gloves award on three occasions.

Reina has subsequently had an extensive spell as Napoli number one while also spending time at AC Milan and Bayern Munich, where he has been a fringe figure.

He has pushed to join Villa after making such five league appearances among 13 in all competitions during two seasons at Milan.

Villa are in the market for a new goalkeeper after number one Tom Heaton was ruled out for the rest of the season with a knee injury.

His deputy Jed Steer is also out injured and Dean Smith felt he needed an experienced stopper to compete with Norwegian Orjan Nyland, who conceded six goals against Man City yesterday in a thumping defeat.