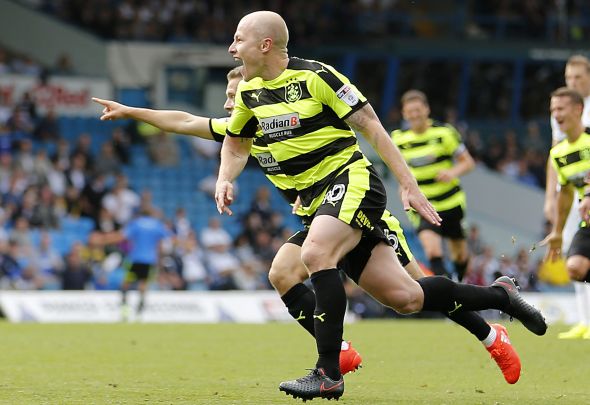 Huddersfield’s in-form star Aaron Mooy could have been the man to secure Leeds’ promotion to the Premier League, according to former striker Michael Bridges.

The Australian star was overlooked by Leeds during the summer and has since been in emphatic form for Huddersfield after moving on loan from Manchester City, and even scored a 25-yard rocket against Garry Monk’s side to earn a 1-0 win earlier this season.

Bridges, who played for Leeds between 1999 and 2004, revealed on his personal Twitter account back in March that Mooy would have been his first signing if he was in charge of Leeds.

He would be the difference in getting @LUFC promoted to the Prem
If I was Gaffa he would be my 1st signing https://t.co/TKwKlXyb4m

The 25-year-old former Bolton academy graduate has hit the ground running with David Wagner’s side, playing an integral part in Huddersfield’s astounding start as they sit at the top of the Championship table.

The attacking midfielder has played in all of the Terriers nine league and cup games, scoring once and adding another two in assists.

Bridges, who also had spells with Sunderland and Newcastle, has a good understanding of football in Australia after ending his career with Newcastle Jets and Lambton Jaffas and is now a sports pundit for Australia’s Premier League channel Optus Sport.

The former striker endured an injury-ridden career at Elland Road, making just 75 appearances and scoring 21 goals in his five-year spell in Yorkshire.

In other Leeds news, this defender has called on Leeds to continue their momentum after beating Blackburn on Tuesday night.