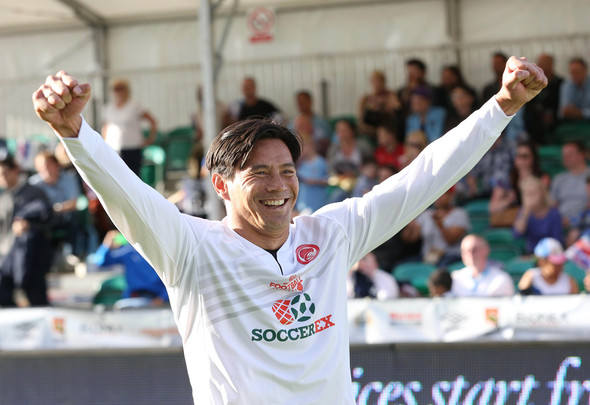 Michael Mols has controversially claimed that Celtic’s four Scottish Premierhip titles while Rangers were outside of the top-flight were not an achievement.

The Hoops are currently on a run of winning six titles in a row, and got off to a good start on Saturday with a 4-1 win against Hearts as Brendan Rodgers look to extend that run to seven.

However former Gers striker Mols, 46, has made it clear that the thinks the absence of his old side in the top-flight has made Celtic’s run of titles less significant, saying that Scottish football has always been about the Old Firm derby.

“How many leagues have Celtic won now? [Six-in-a-row] But four without Rangers,” said Mols to BBC Sport.

Celtic are yet to lose a domestic fixture ever since Rodgers took control of the club last year, and Saturday’s win over Hearts suggests that it may still be a long time before that run is broken.

Mols, who has surely ruffled a few feathers among the Celtic supporters with his controversial comments, spent five years as a player for Rangers, winning the league titles in 1999/00 and 2002/03.

Injuries limited the former Netherlands international’s playing time at Ibrox, but he still managed to score 38 goals in 79 league appearances for the Light Blues.

He returned to his homeland in 2004 and went on to have spells at Utrecht, Den Haag and Feyenoord.

In other Rangers news, former Ibrox player Jon Daly has ripped into Rodgers after his comments about Hearts.