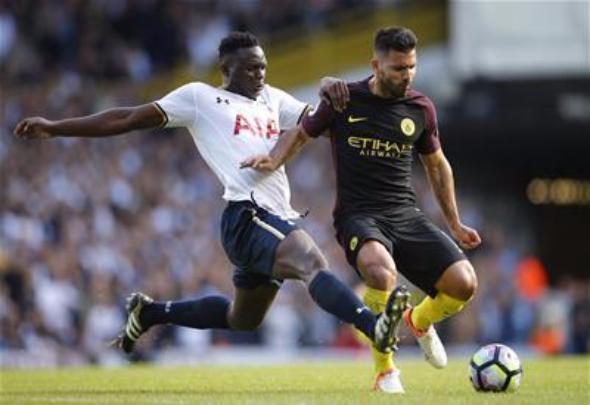 Manager Mauricio Pochettino has already guided his side to a 2-0 win against Manchester City at White Hart Lane, comfortable Spurs’ standout triumph of a mixed opening half of the campaign.

The Argentine can achieve an equally notable win at Old Trafford if he is ruthless and axes Victor Wanyama from the Spurs starting XI for the first time in the Premier League this season.

The former Southampton midfielder has been a mainstay of the side but his performance levels have noticeably dropped in recent weeks as the exertions of playing regularly for a Champions League club appear to have caught up with him.

Dropping Wanyama would pave the way for Dembele and Dier to be restored in central midfield, a partnership that has been overlooked this season due mainly to injuries and suspensions.

Pochettino should favour experience against a United side that played in Europe on Thursday night, which means that Harry Winks must make way despite impressing in Wednesday’s 3-1 win over CSKA Moscow.

Pochettino’s side will smash United if they go with the tried and trusted of their 2015-16 campaign.

The attacking midfield trio should consist of  Wednesday goal scorer Dele Alli in between Son Heung-Min and Christian Eriksen, who is finally back to something close to his best after a fallow few months.

They will be supplemented by star striker Harry Kane, who has scored eight goals in his last 10 appearances and has the potential to take advantage of a vulnerable United back line.

Tottenham have won their last two matches against CSKA Moscow and Swansea and they currently sit in fifth place.

Meanwhile, United have failed to win any of their last three Premier League matches and are placed in sixth.

In other Tottenham transfer news, the club have confirmed they are closing in on a major January signing.