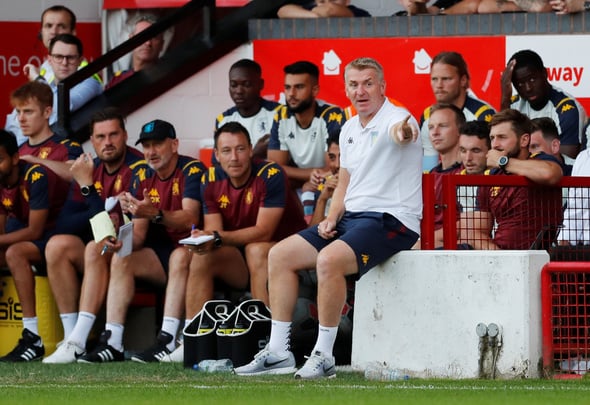 Noel Whelan has admitted he is looking forward to seeing what Wesley Moraes can bring to Aston Villa next season but warned the striker will have to hit the ground running.

Speaking exclusively to Football Insider, the former Leeds striker said that the Villans’ new striker is one player he is particularly excited about ahead of their return to the Premier League.

Dean Smith’s men paid Belgian outfit Club Brugge a fee said to be in the region of £22million for the 22-year-old Brazilian’s capture.

Whelan says that the 6ft 3in colossus could take some time to settle into the demands of the English top-flight but warned that time might not be on his side at Villa Park.

“Wesley, I want to see what he’s all about because he’s obviously their big signing,” Whelan told Football Insider.

“He didn’t set the world alight in terms of goals per games so it will be interesting to see how he adapts to the English style and the Premier League, to see whether that money has been worth it or not.

“It might not be the first season, sometimes it takes a season for players to get used to that environment and the pace of the Premier League. Saying that, he might not have a year, they could be in the Championship.

“Aston Villa I’m sure, after paying that amount of money, will be looking for him to start the season very, very well and be an instant impact.”

Wesley scored 17 goals and chipped in with 10 assists in 48 appearances across all competitions for Brugge last season, including two goals against AS Monaco in the Champions League.

In total he netted 38 times for the Belgian outfit in 130 games.