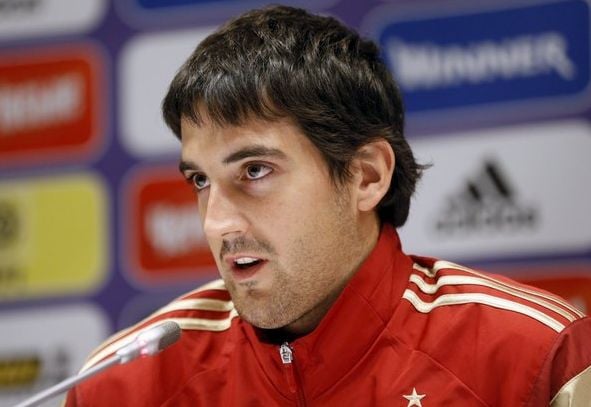 Mikel San Jose has admitted he owes a lot to Liverpool for helping him kickstart his career despite enduring a difficult spell at Anfield.

The 27-year-old Athletic Bilbao star moved to Liverpool at the age of 17, but was forced to quit the club and return to Spain three years later having failed to make a single senior appearance.

He had been snapped up by then-manager Rafa Benitez as part of a large influx of Spanish-speaking talent, alongside Fernando Torres, Javier Mascherano and Emiliano Insua.

But despite impressing in Liverpool’s academy setup, San Jose never got the call to appear for the senior side, and his since thrived back in Spain with his boyhood club, Athletic Bilbao.

However, he admitted to Sky Sports that he learned a great deal during his time at Liverpool, which has made him the player he is today, despite his frustrating spell.

He said: “It was a hard decision [to quit] but I never regretted it. It was good for me. The player I am now is thanks to the experience I had there.

“Spending two years in Liverpool, surrounded by world-class players and coaches who helped every player improve, it was very important.

“There were four centre-backs who were magnificent – Jamie Carragher, Daniel Agger, Martin Skrtel and Sami Hyypia – so it was difficult to get minutes. I knew returning home would give me more chances.”

Since returning to Spain, San Jose has become a key influence under manager Ernesto Valverde, whilst also learning his trade as a defensive-midfielder.

A centre-back by trade, the Spaniard has also broken through into the international set up, earning seven senior caps and a place in the squad for the European Championships last summer.

His most recent appearance in the win over Real Sociedad before the international break was his 300th for the club across eight seasons.

In other Liverpool news, the Reds must scrap this 31-year-old experiment and land an elite performer in the summer.