Ross Barkley’s arrival at Aston Villa may be the reason behind Henri Lansbury’s omission from the club’s Premier League squad, according to Danny Mills.

The former Leeds and Manchester City defender, speaking exclusively to Football Insider correspondent Dylan Childs, tipped Lansbury, 30, to return to the Championship next year after ‘failing to prove himself in the Premier League’.

The centre-midfielder was not named in Villa’s 25-man squad for the 2020-21 Premier League campaign, casting doubt over his future at the West Midlands club. 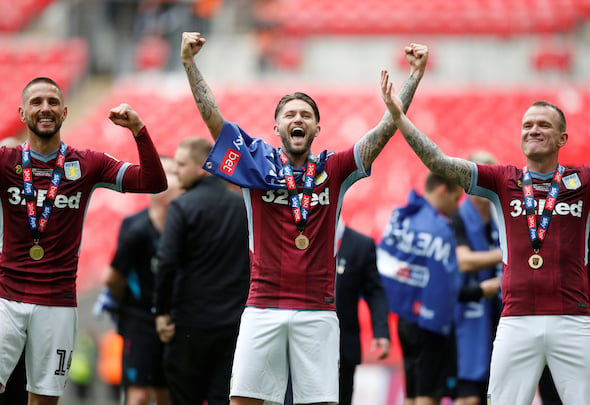 Lansbury has entered the final nine months of his contract at Villa Park, having penned four-year deal upon his £3million arrival from Nottingham Forest in 2017.

A series of injuries have limited the midfielder to just 53 appearances in Claret and Blue and he has not started a league game in 2020.

When asked by Football Insider if the loan signing of Ross Barkley from Chelsea was the final nail in the coffin regarding Lansbury’s time at Villa Park, Mills said:

“I think Barkley’s arrival may have played a part. You can only have 25 in the squad so I do not think it is a personal thing, it is just the situation.

“I think Lansbury will be heading back to the Championship. He has never really proven it in the Premier League. I think he needs to take a step backwards to maybe come forwards again.”

In other Aston Villa news, Noel Whelan names the player that was “ran ragged” by Leeds United on Friday.