Leeds United could sign an upgrade on Tyler Roberts if his wage demands are too high, according to Danny Mills.

Speaking exclusively to Football Insider, the ex-Whites and England defender insisted the attacker has not made himself undroppable and will only be a squad player at Elland Road.

As revealed by Football Insider, Roberts has snubbed a contract offer from Leeds with his current deal set to expire at the end of next season. 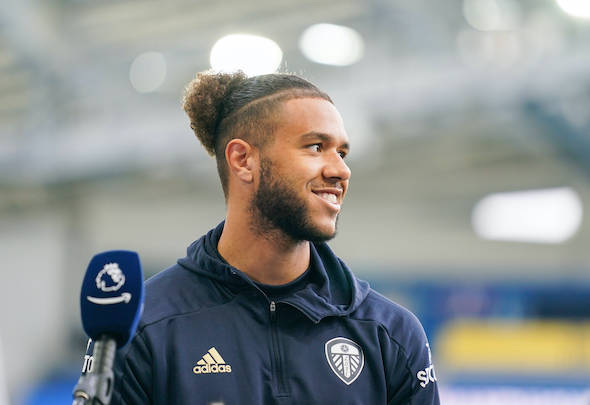 Football Insider revealed on Saturday (15th May) Newcastle United were keeping tabs on the Wales international ahead of the summer window.

It is understood a £10million bid could tempt the Whites to cash in on the 22-year-old.

“Could Leeds find better? Probably is the answer.

“Has he nailed down a position to say ‘I am undroppable. I need to be in this team week in, week out’? I don’t think so.

“Does he get into Leeds first XI? I don’t think he does.

“The club have got a decision to make. Do they keep him around as a squad player? That’s realistically what he’s going to be when Rodrigo is fit.

“Or, do they think ‘Let’s offload and bring somebody else in.’

“I guess it all depends on how big is his wages are and whether it’s feasible to keep him around as a squad player when he might not get that much action.”

Roberts has played 25 Premier League games this season, including 14 starts.

Before being dropped to the bench against Burnley, he had started 12 consecutive games for the Yorkshire giants.

In other news, Leeds United are close to signing the “bargain of the summer”.