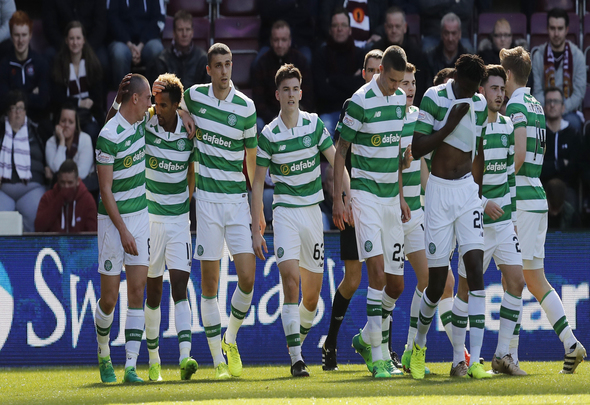 Celtic favourite Johan Mjallby insists the current squad is not yet at the same level as the treble-winning side of 2001.

Brendan Rodgers arrived at the club back in the summer, and has led the club to immediate success, winning both the Scottish League Cup and the Scottish Premiership title.

They are unbeaten across all domestic competitions this season, and are still on course to secure a domestic treble, their first since the 2000-01 season under Martin O’Neill.

Celtic go up against Old Firm rivals Rangers in the semi final of the Scottish Cup next week.

But despite their potential widespread success, Mjallby believes the current group of players at Parkhead can still improve before they can be considered as good as O’Neill’s stars of 2001.

When asked if O’Neill’s side would be too strong if pitted against the current crop, he said, as quoted by the Daily Record: “I would say, probably yes.

“I say that because of the experience. We were a team of grown up boys, in fact, we were men. This team now is fantastic but I still think you need to give it another year before you can compare it with Martin’s team.

“But if they keep doing what they’re doing now they’re going to be No.2 after the Lisbon Lions.”

O’Neill led the Scottish club to a domestic treble in his debut season as manager, boasting talent including Celtic icons Neil Lennon, Henrik Larsson, and Mjallby.

Rodgers, meanwhile, has developed a team that has showcased the talents of several of Europe’s most exciting young talents, including striker Moussa Dembele and full-back Kieran Tierney.

Dembele, 20, tops the goalscoring charts for Celtic this season by some distance, having netted 32 goals from 48 appearances.

But he is still some way off matching Larsson’s record for the treble-winning campaign, where the Sweden legend scored an incredible 53 goals from 50 appearances in all competitions.

In other Celtic news, Peter Lovenkrands has made his prediction for the upcoming Rangers clash.