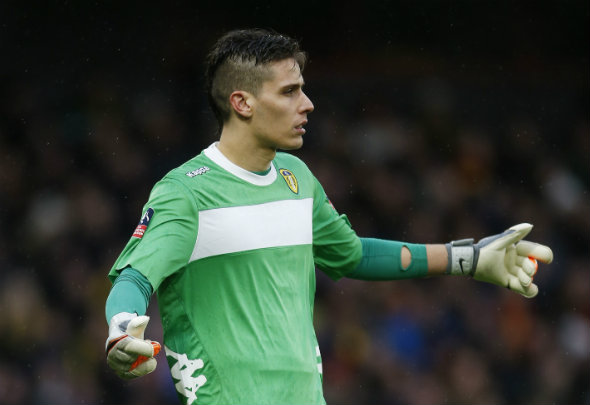 Marco Silvestri has put to bed speculation about his future by revealing on Twitter he will be at Leeds United next season.

The second-choice goalkeeper has confirmed in two separate messages to supporters of the club that he has no plans to quit Elland Road.

This stance comes even though Silvestri was demoted down the pecking order at Leeds by manager Garry Monk following the signing of Rob Green on a free transfer last summer.

The Italian goalkeeper was the undisputed No1 for two seasons but has been forced to settle for a fringe role in his third campaign at the club, in which all his six appearances have come in cup competitions.

But Silvestri took to his personal Twitter account on Friday to share the message of “see you soon Leeds”, and then added a follow-up post on Saturday that he is heading for his summer vacation and would then “see you after the break”.

See you soon because we leave for summertime✈️????☀️☀️ See you after the break. ????

It appears that the 26-year-old, a former Italy Under-21 international, is determined to stick around even though he has been an unused substitute in all of Leeds’ Championship matches this campaign.

Ex-England international Green played the entirety of Leeds’ 46-match Championship campaign and was arguably the team’s outstanding player in the final months of the campaign.

The veteran, 38, was also recently rewarded with a new contract that will keep him at Elland Road until the end of next season.

Silvestri, who joined Leeds from Chievo in the summer of 2014 on a four-year contract, seems willingness to fight for his place next season.

In other Leeds United transfer news, it has sensationally emerged that Andrea Radrizzani’s takeover of the club is under major threat in what is a shattering blow.