Jose Mourinho fired a warning shot to his underperforming Tottenham stars with his tactical “gamble” against Aston Villa, according to Alex McLeish.

The Portuguese boss made seven changes from the starting XI beaten by Dinamo Zagreb for the visit to Villa Park.

Mourinho also switched to a 4-4-2 formation as he swapped out four players from Spurs’ last league game – the 2-1 defeat to Arsenal.

Joe Rodon, Japhet Tanganga and Carlos Vinicius were all handed rare starts in the 2-0 win.

Meanwhile, the likes of Gareth Bale and Dele Alli left as unused substitutes.

Some changes were enforced, with Serge Aurier and Toby Alderweireld ruled out through illness.

However, senior duo Matt Doherty and Harry Winks were among those snubbed from the matchday squad entirely.

McLeish admitted Mourinho’s wholesale changes were a risk but insisted they sent a message to the whole squad.

Asked if the manager’s decisions acted as a warning to the squad, McLeish told Football Insider’s Russell Edge: “Yeah. After the dismal run they had and the European exit was horrendous, then Jose obviously felt drastic action needed to be taken.

“It’s sometimes a gamble as a manager. You change the formation, you change the actual personnel in the team and you do it for a specific reason.

“You do it with a game plan in your head. 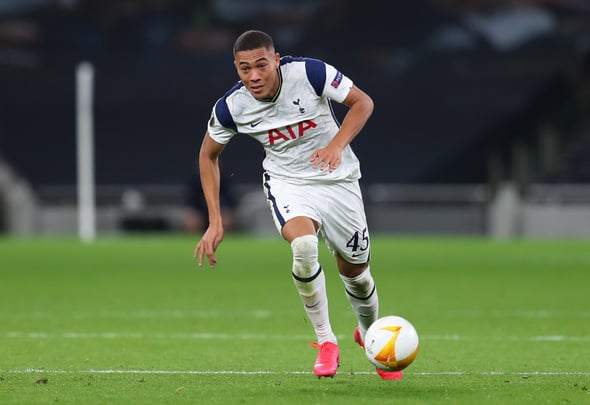 “Sometimes it comes off and it came off. That was a very surprising result but a very emphatic performance.”