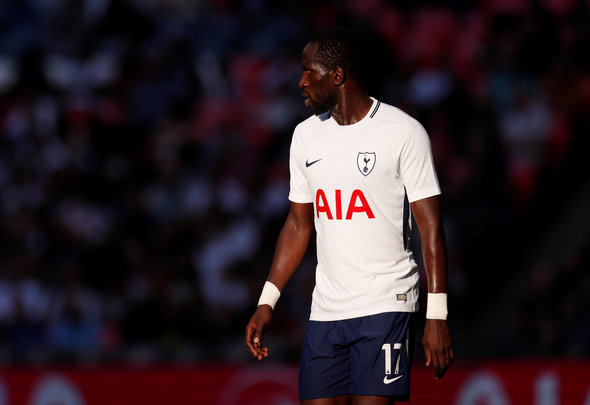 Tottenham midfielder Moussa Sissoko has revealed that Ligue 1 side Marseille were interested in signing him during the summer transfer window.

Sissoko, 28, endured a torrid debut season with Spurs last time out following his big money move from Newcastle on transfer deadline day in the summer of 2016.

He barely made his way into Mauricio Pochettino’s starting line-up and when the chance did arise, the Frenchman didn’t do anywhere near enough to show the fans that he would be worth the money spent on him.

That poor form led to intense speculation about whether the former Magpie would leave North London in the summer, with Marseille one of the teams linked.

However after hold talks with Pochettino at the end of last term, he decided that he would remain as a Spurs player.

“The small discussion took place at the end of last season, during a tour in Hong Kong. I wanted to know more about my future and how this new season would unfold. We had an exchange, everything was clear for him as for me. From then on, we decided to stay in Tottenham,” he said to Foot Mercato.

Sissoko also revealed that there was some interest from Marseille but he is totally focused on what is happening with Tottenham for the time being.

When asked by Foot Mercato about Marseille’s interest, the France international said: “We know the transfer window. We talk about a lot of players and clubs. After me, personally, I’ve never said in the media. What are the ones who made noise. There was a small interest, but nothing concrete. From there, everything was clear.

He added: “I wish them good luck. Perhaps the draft OM could please me. But as I said, today I’m not a player of Marseille. My head is focused on Tottenham.”

It is perhaps a good job that Sissoko has remained with Spurs because he looks like a new signing for them with the way that he has started the new campaign.

With Victor Wanyama and Mousa Dembele injured, Sissoko has more than stepped up the task of playing in the centre of midfield alongside Eric Dier.

The Frenchman even scored his first goal for Spurs on Saturday in the 4-0 hammering of Huddersfield at the John Smith’s Stadium.

In other Tottenham news, Manchester City’s John Stones has raved about this Spurs player.