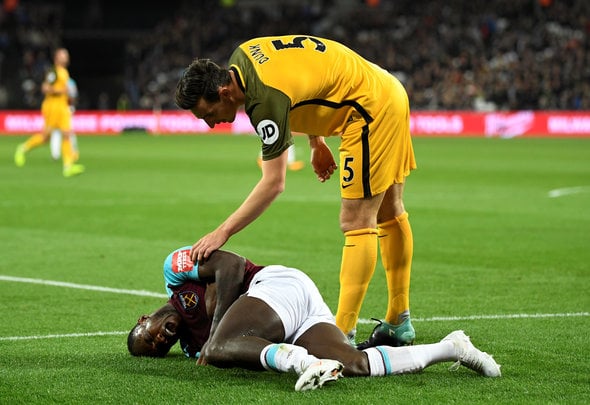 The new West Ham manager David Moyes wants to make Brighton defender Lewis Dunk his first signing at the club, according to a report.

The Mirror claim that Moyes, who replaced former boss Slaven Bilic last week, has identified the centre-back as the player to solve the club’s defensive problems.

Brighton would demand a “huge” fee for the 25-year-old, who signed a new five-year contract in the summer.

Dunk has been a standout player for Brighton in the Premier League this season, forming a strong central-defensive partnership with Shane Duffy.

Moyes’ first game is charge of West Ham is against Watford in the Premier League on Sunday.

West Ham certainly need to improve their defence in January and there is no doubt that Dunk would be a good addition to their backline. The Hammers have the worst defensive record in the Premier League this season with 23 goals conceded. Dunk is a no-nonsense defender, strong in the tackle and good in the air. He would bring some much-needed confidence and assurance to the Hammers’ shaky and venerable defence. He would is leader and would definitely be a good signing for Moyes but with five years left on his contract, West Ham will probably have to massively overpay to get their man.

In other West Ham news, Sporting Lisbon president Bruno de Carvalho has said that he is willing to do business with the Hammers again after the two clubs engaged in a bitter feud this summer,