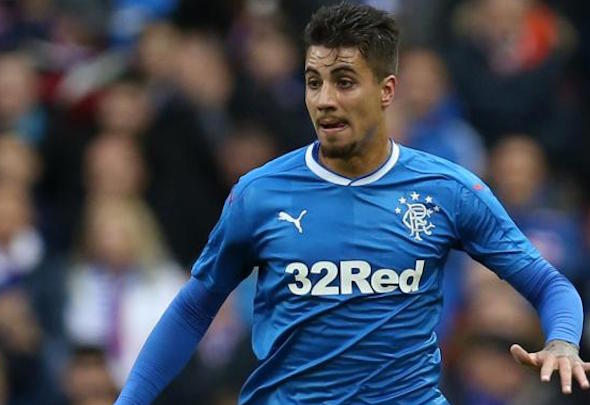 Rangers manager Graeme Murty saw his central defensive pairing of Russell Martin and Bruno Alves come under severe criticism for their performance in the 2-2 Scottish Premiership draw with Motherwell – and the Gers boss should look at bringing Fabio Cardoso back into the side when they face Dundee next weekend.

The Portuguese defender has barely been seen under Murty but with Alves and Martin taking a hammering after the Gers quickly fell two goals behind, Murty should consider doing something drastic in the hope of a change in fortunes.

The Ibrox clash with Dundee is the final game before the Scottish Cup semi-final with Celtic at Hampden and the Gers simply can’t afford to go to the national stadium with a defence struggling to do even the most basic of things well.

Cardoso hasn’t had the best of starts to his Ibrox career after struggling to find form under Pedro Caixinha before a broken nose kept him out of action and allowed others to come into the side in his place.

The 23-year-old forgotten player has made 18 appearances so far – with just one league start under Murty – and gives the Gers something different defensively as well as offering a bit more pace than Alves or Martin at the back.

With Ross McCrorie also fit again, Murty has a few option at his disposal and hopefully the Gers have seen the last of the Alves/Martin partnership.