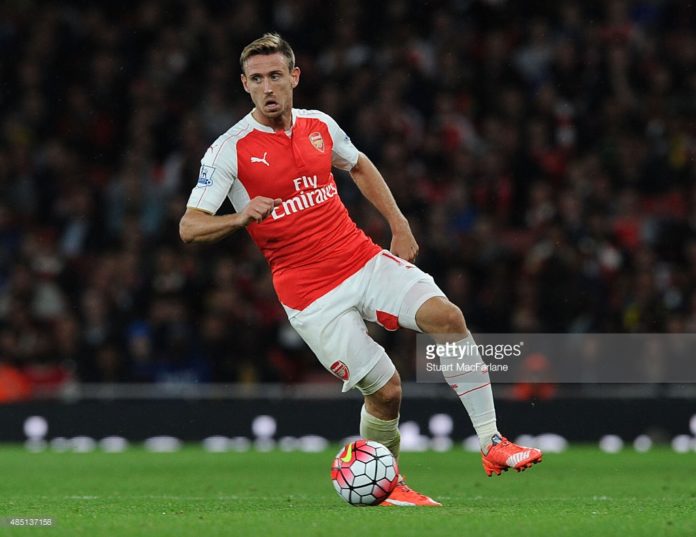 The Spain international will be handed a £20,000-a-week pay rise as part of the new agreement, which will lift him into the £80,000-a-week bracket.
Football Insider revealed last week that Monreal had agreed a new deal to replace his current £60,000-a-week agreement, which began in January 2013 and runs until 2017.
The new contract has an option to extend it to 2019, which means it is worth an extra £2million to the 29-year-old.
Sources had told Football Insider earlier this month that Arsenal were set to offer Monreal a new contract to ward off interest from Athletic Bilbao.
The Spanish club were interested in paying around £7million to prise the 29-year-old from Emirates Stadium.
But Arsene Wenger does not want to lose Monreal and sanctioned a new contract for the £8million signing from Malaga.
It is understood that terms have now been agreed and the player will shortly sign an extension.
Monreal has begun the new campaign as Arsenal’s first-choice left-back after displacing Kieran Gibbs in the second half of last season.

The Spaniard was a key figure in the team’s renaissance which ended with an FA Cup triumph and a third-placed Premier League finish.
He is regarded by the Arsenal coaching staff as a more reliable defender than Gibbs and has been given the nod over his English rival to start all four of the Gunners’ Premier League matches this season.
The Monreal contract is further proof of the club’s desire to tie its key player to long-term deals.