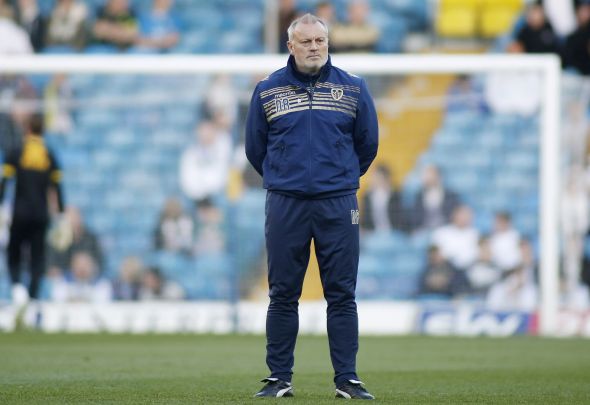 Neil Redfearn has recalled the moment he received a “bizarre” text message from Leeds owner Massimo Cellino in the build-up to a tie against Brighton when he was manager of the club.

The 51-year-old became part of the Leeds coaching set-up in 2009, taking the position as a coach for the Under-18s side.

He took the role as first-team caretaker boss three times, stepping in when Neil Warnock, Brian McDermott and Dave Hockaday all lost their position as manager at the Yorkshire giants, before eventually being appointed the full time boss in 2014 when Darko Milanic was sacked.

Redfearn spent just 33 matches in charge of the Yorkshire giants, but three months into his role, he revealed that the Italian owner sent him a bizarre message before a match against the Seagulls.

“In February, we were about to play Brighton away and Cellino sent me this bizarre text,” said Redfearn in the November issue of Four Four Two on page 81.

“The message read as follows: ‘Andrew Umbers is coming to the game and bringing his wife. She has never seen us win. You need to get something lucky – purple socks or a belt. Or shake [former player] Eddie Gray’s hand, because he was born on the 17th’.”

Umbers took day-to-day control of the club when Cellino was banned from the Football League, after he was found guilty of tax evasion in Italy.

However, the Italian’s presence was still well enforced at the club, as shown by Redfearn’s text revelation.

The former Whites boss went on to manage Rotherham after his spell at Leeds, but he has since remained jobless after lasting just four months at the New York Stadium.

In other Leeds news, Garry Monk is building his team around Pablo Hernandez, according to Noel Whelan.