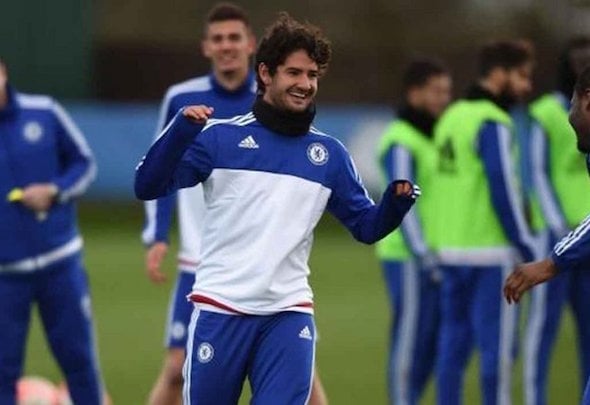 Alexandre Pato has been ruled out for weeks while he builds up his fitness after arriving at Chelsea in the wrong condition for Premier League football.

Manager Guus Hiddink has revealed that the Brazilian striker has been placed on a special fitness programme to get him into prime shape.

Pato has been training twice a day at Chelsea’s Cobham headquarters since signing last week but is said to still be some way off match fitness.

The 26-year-old, who has signed on loan until the end of the season, has not played since 28 November needs time to build up his match sharpness.

Hiddink has ruled out selecting Pato in his squad for the clash against Manchester United at home on Sunday as Diego Costa once again prepares to carry the attack single-handedly.

“Pato is in his pre-season,” Hiddink said at his media briefing on Friday. “We have made a training plan which he is doing now, training at least once but most of the days twice, which means he is getting his fitness but not full fitness yet.

“He will not be in for the upcoming few games because we want to have him fit because we don’t want the risk of injury in this tough league.

“He’s skilful, that’s what we know. Technically he is very good, ambitious of course, but he needs more physical fitness.

He played his last game on November 28 and then holiday so it is a kind of pre-season for him. We can’t go over the top.”

Radamel Falcao has been jogging outside this week as he continues his recovery from a thigh injury, while Loic Remy should be back from a groin problem next week. Neither are available to face United on Sunday’s showdown.