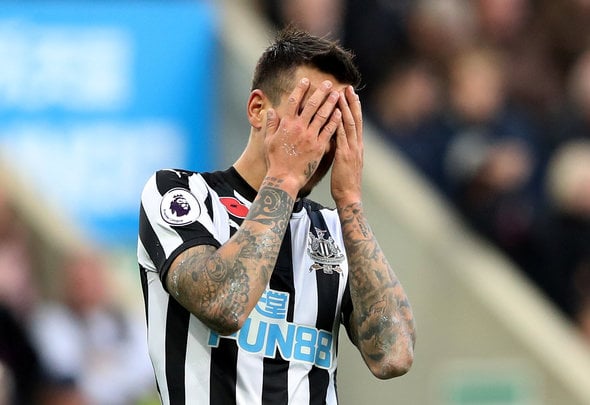 Newcastle United supporters have taken to social media to voice their delight at Rafael Benitez’s decision to drop striker Joselu from the starting XI for the clash against Chelsea on Saturday.

The Magpies revealed their starting XI via their official Twitter account, which confirmed that the Spanish manager had chosen to make three changes to the line up which managed to pull off a 2-2 draw with West Brom in midweek.

TEAM NEWS: Here's how Newcastle United will line up at @ChelseaFC in the @premierleague today (kick-off 12:30pm GMT). #NUFC pic.twitter.com/525SNTPB7z

Dropping out of the side are defender DeAndre Yedlin, midfielder Isaac Hayden and Joselu, with Javier Manquillo, Mo Diame and Dwight Gayle chosen to replace them by Benitez.

It was the change up front which had the Toon Army voicing their delight, having been unimpressed with what the former Stoke City man has had to offer the Magpies up top.

They turned to Twitter to demonstrate their feelings, although they evidently were not entirely convinced with the decisions made by Benitez.

am I dreaming or is joselu on the bench https://t.co/5nrXPM3xzk

Joselu dropped = pass is a pint to celebrate.

Diame starting = pass is a gun to top mesel

Time to get mertallllllllll #NUFC

He's got the Joselu call right, and he's taken Yedlin out the firing line. But surely Shelvey and Mitrovic have to start. Perez and Gayle are powder

Joselu has been the regular starter up top for the Magpies, having appeared in every one of the 13 matches he has been available for, with 12 of those coming in the starting XI.

However he has netted just two goals in those appearances, his last coming in the 1-1 draw with Liverpool back at the very start of October.

In other Newcastle United news, Danny Higginbotham has pinpointed the Magpies’ failures in recent weeks.