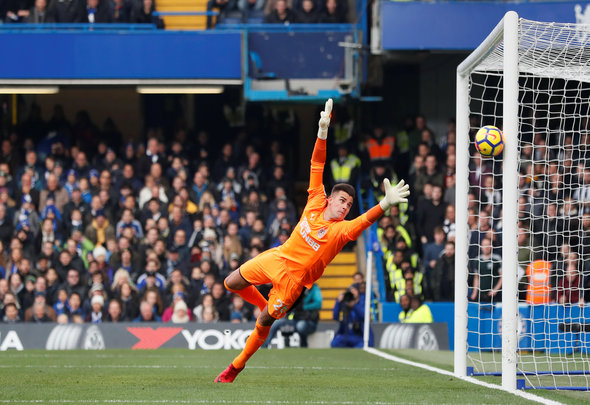 Newcastle United fans have taken to social media to react in shock over claims that Karl Darlow is in talks over securing himself a new long-term deal with the club.
The Guardian’s deputy editor of sport, Ed Aarons, has reported on his personal Twitter account that the Magpies have opened discussions on tying the 27-year-old down at St James’ Park, in what would be viewed as a truly surprising move by the club.

The former Nottingham Forest goalkeeper confirmed earlier in the season that he was on the brink of departing the club for good, having agreed a deal to join north east rivals Middlesbrough, but a deal fell through and he remained on Tyneside.
However, having ended last season behind Rob Elliot in the pecking order after playing much of the Championship campaign in the starting XI, he remained as second choice for their return to the top flight, the Republic of Ireland international the regular starter under Rafael Benitez.
Fans have turned to Twitter to voice their opinions over the talks, with many unsure at offering the shot stopper such a long-term deal:
Here, Football Insider has rounded up a selection of the supporters’ best tweets:
https://twitter.com/BenArfaChance/status/950749287289425921

He hasn’t convinced me during his time at Newcastle, although had a fab last game…

Wtf. I can understand a new contract to protect value (not sure when expires?) but 5.5 years is a surprise!

Strange especially when he could of been sold in the summer

I'd be surprised if this Darlow rumour is true.

This season has seen Darlow make seven appearances across both the league and the cups, to total 53 outings across all competitions for the Magpies since joining from Forest back in 2015, with his current contract set to expire in 2020.
In other Newcastle United transfer news, the club must look to replace their midfield maestro with a former Toon Army hero.