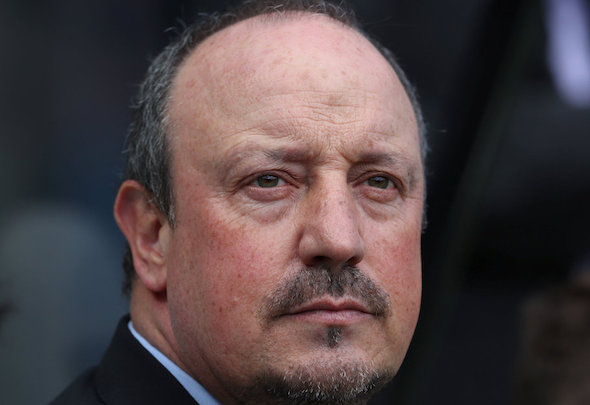 Newcastle United fans have reacted with anger after Joselu was selected despite a number of changes to the team to face West Brom.

The Magpies face West Brom at the Hawthorns in one of four Premier League matches this evening, in what is a must-win game for both teams.

However, fans are furious with boss Rafa Benitez for starting striker Joselu, who has not scored in his last seven Premier League matches and faced criticism from fans throughout the campaign.

Football Insider has rounded up a selection of the best Tweets before the game.

If I were Gayle or Mitrovic I'd be handing in a transfer request to leave when you're being put on the bench behind Joselu. Absolutely baffling man.

Can we all agree that Benitez is clearly having an affair with Joselu? #NUFC

Happy with Darlow, Mbemba and Merino coming in, not thrilled about Joselu starting again though #NUFC

Rafa must really dislike mitrovic may not be the greatest but must deserve a chance over a very lacksutre joselu??? #NUFC

How can you drop Shelvey but keep Joselu in? #nufc

Not really a Mitro fan but come on – Joselu ?? #NUFC

Not bad but Mitro should be starting now. Joselu has had too many chances #NUFC

I honestly think Joselu isn't a bad player, just out of form, but the persistence with him is damaging the team and the guys confidence imo, rest him and give Mitro or Gayle a chance #NUFC

Benitez’s side are 14th in the Premier League table having lost their last four matches. Benitez has admitted that the club are in a relegation battle this season, despite an encouraging start to the campaign.

Meanwhile, their opponents this evening West Brom are without a permanent manager after Tony Pulis was sacked last week and have not tasted a Premier League victory in 11 attempts, a run which stretches back to mid-August.

There is a good chance that the opening goal this evening could prove to be the winning goal. West Brom have only managed six goals in as many home games this season, while Newcastle have only netted four times in their six away matches.

In other Newcastle United news, Benitez has this message for Newcastle fans ahead of the clash with the Baggies.