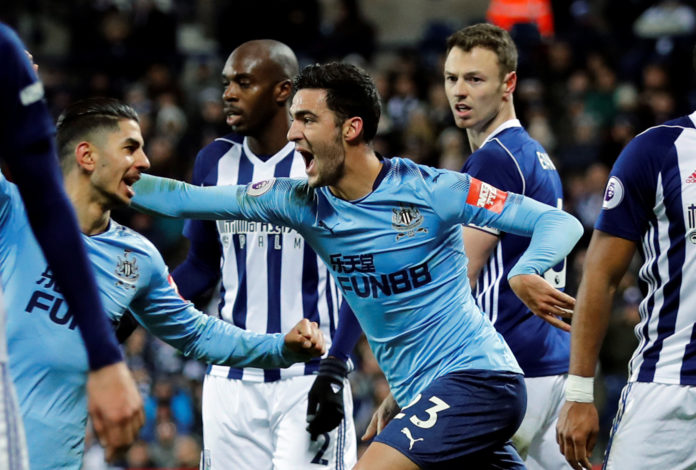 Newcastle United midfielder Mikel Merino has revealed that he is loving his time at the club and that he aspires to become part of the Spanish national side while playing for the Magpies.

The 21-year-old arrived at St James’ Park on an initial season-long loan move from Borussia Dortmund, but after impressing in his opening matches and becoming a fans’ favourite early on, was tied down to a permanent five-and-a-half-year deal.

A Spanish under-21 international, with 10 appearances to his name, Merino has been called up to the squad again for the current international break, but already has his eye on stepping up to the next level, and is hoping he can do it at Newcastle, a club in which he already loves.

Delivering his rave review to the Chronicle, he said: “The dream is to play in a World Cup or the Euros with Spain.

“It would be great if that Spanish cap comes when I am a Newcastle United player. I know I am at a great club and Newcastle is a great place too.

“Newcastle people are awesome and really kind to me.

“I am enjoying the city. It’s a lovely city and the city gives a lot of love back to the players.

“It has helped me and my team-mates to carry on and it makes it easier to work here.”

Football is everything on Tyneside and it will be music to the Toon Army’s ears to hear that Merino feels he can achieve his own aspirations while at the club. They have taken him in as one of their own and although his early season form has faded, the supporters know they have a real gem on their hands. So what is next for the youngster? Well, he needs to usurp Mohamed Diame and Jonjo Shelvey from the first team if he wants to have any chance of starring for Spain, but first he has to ensure he is fully fit after a back injury which has impacted his performances all year.

In other Newcastle United news, the club must sideswipe their rivals for a top flight freebie to fill a weak link at the club.