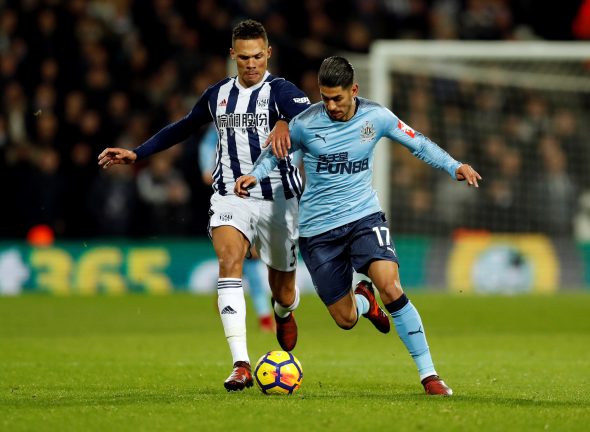 Newcastle United fans will no doubt have been stunned by just how impressive the turnaround in form has been from Ayoze Perez this season.

The Spaniard has always been a mainstay in the starting XI but his performances did not live up to expectation in the early part of the season, as he struggled to impose himself in games and had little impact in attack.

One goal and one assist in the club’s opening 21 games, having featured in 19 of those, was not good enough for the Toon Army and left Newcastle fans tearing into the 24-year-old, questioning just what he brought to the side.

How things have changed.

His brace of match winning goals, scoring the only goal in a 1-0 win against the Terriers and the second in a 2-1 victory over the Foxes, have more or less secured Premier League safety for Newcastle, and there may well be a claim for him having done so single-handed.

There can be no questions over his impact in recent weeks and he looks to have finally got back to grips with the demands of the Premier League as well as the attacking midfield role which seemed so unfamiliar to him at the end of the season.

Rafael Benitez showed such faith to the 24-year-old without little reward and under heavy scrutiny, but it looks as though the manager has once again played a masterclass in man management.

In other Newcastle United news, the club are hunting for the next Jamie Vardy.