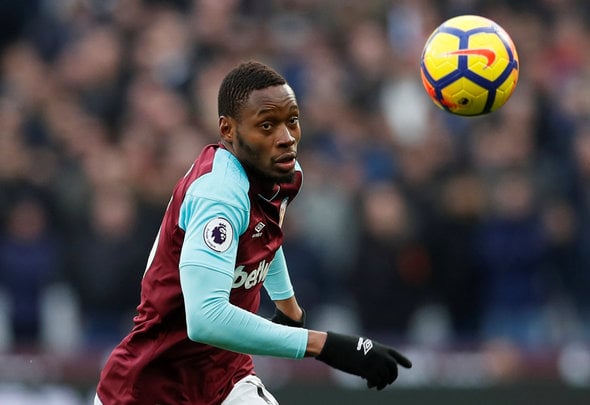 Newcastle United and West Brom have attempted to hijack Crystal Palace’s bid to sign West Ham striker Diafra Sakho, according to a reliable journalist.
Bleacher Report journalist Dean Jones claimed on his personal Twitter account on Thursday morning that the Magpies and the Baggies have made “late moves” in order to try and beat their Premier League rivals to signing Sakho, 28, after it was reported he was on his way to Palace for a medical.

Sky Sports has reported that West Ham had accepted a bid between £10million and £12million from Crystal Palace for Sakho.
It was understood that he is also scheduled to have a medical with the South London side as he remains eager to quit the London Stadium this month after a move to Rennes failed in the summer.
This season, the former Metz striker has made 17 appearances across all competitions for West Ham and scored four goals in the process.
He has failed to start a single Premier League game all campaign and has not been in the squad for the last three fixtures.
Football Insider verdict
Newcastle, West Brom and Palace are all clubs struggling to keep themselves afloat this season and one major problem for all three sides is a lack of a goalscorer. Consistent finishers keep teams away from relegation and not one of those currently has one. Sakho was lethal when he first joined the Hammers but last season he suffered a serious back injury that appears to have hampered his ability. It would be a massive risk for anyone to sign him for over £10million because the chances of him suffering a setback is high. However desperate times call for desperate measures and that fee for someone who has proven himself in the Premier League is decent.
In other Newcastle United news, fans have urged Mike Ashley to go out and sign this international goal machine after he was made available for transfer.
We’ve launched a << BREAKING NEWS FEED>> exclusively for your club. ‘Like Us’ on Facebook by clicking here if you want 24/7 updates on all Newcastle United breaking news.