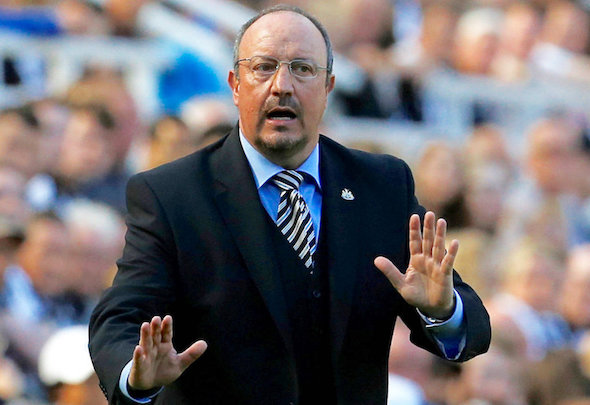 Newcastle United have submitted a £10million bid to try sign midfielder Lovro Majer from Croatian club Lokomotiv Zagreb, according to a report.

Italian news outlet Calciomercato.it claims that the Magpies have hijacked interest from Italian club Sampdoria, who have already made a £7million offer to try sign the central midfielder.

It is understood that the 20-year-old has dreamed of playing in the Premier League at some point in his career, while his family are pushing him to making a switch to Italy.

The Croatian playmaker is fresh off the back of a brilliant season for Zagreb, where he scored 14 goals and supplied five assists in 34 appearances across all competitions.

Newcastle supporters will be delighted to have seen goalkeeper Martin Dubravka make the move to St James’ Park on a permanent basis, but will want the club to press ahead with strengthening other areas of the pitch. One weakness of Rafael Benitez’s side is that they lacked creativity in the final third in the recent season and need to try add more goals to their side. Majer is an unfamiliar name to Premier League audiences, but he is developing into a serious goal threat from midfield and looks like healthy competition for Ayoze Perez next season in the starting XI. He still has plenty of room for improvement as a 20-year-old, but Newcastle certainly seem confident in his ability after launching an eight-figure bid to try sign him. They also need to plan a revamp of their centre-forward options and can’t rely on the same defensive resilience to ensure they stay out of a relegation battle.