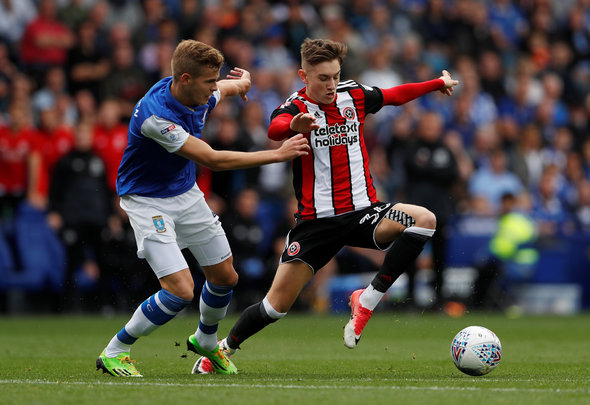 Newcastle United are one of several top flight clubs looking to secure the signing of Sheffield United midfielder David Brooks, according to a report.

The Mirror claim on their website that the Magpies’ Premier League rivals Arsenal and West Ham are keeping tabs on the 20-year-old, but it is Liverpool who are leading the charge.

The report claims that Jurgen Klopp is readying a £10million bid in January for the youngster, who can operate in the centre of the park and as an attacking midfielder.

Brooks has been a revelation for the Blades having made his debut just over a year ago, with 16 appearances under his belt so far.

This season has seen him turn out 12 times across all competitions and his impressive performances earned him a call up to the Welsh senior side, as he sat on the bench for their World Cup qualifiers earlier this month.

Newcastle do not have the best track record of developing younger players, and that is no doubt something they will want to rectify in the coming years. Rafael Benitez has already shown his faith in young talent, with the club having the youngest average starting XI in the Premier League this season. However they face a serious fight for Brooks with Liverpool and Arsenal in the hunt, and with news of a £10million bid incoming for an unproven starlet, there is no way they can compete. In comparison, Newcastle managed to secure Mikel Merino, a year older than Brooks, for less money. Still, the link is encouraging for the Magpies, as they look to build up a squad full of young and hungry talent.

In other Newcastle United transfer news, the club held talks with Liverpool over a swoop for this former star.