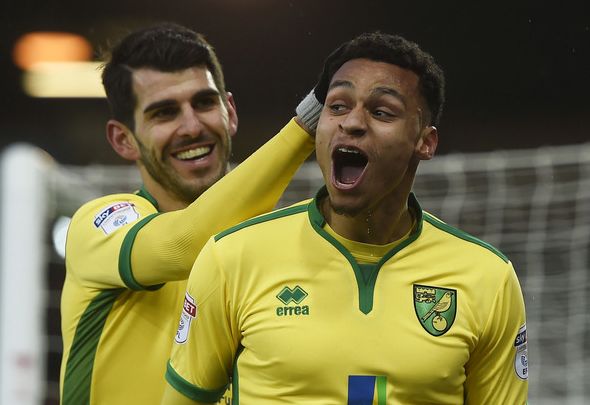 While Newcastle United splashed out to snap up Josh Murphy from Norwich City last summer, the youngster’s move has not gone as he might have planned.

The 23-year-old was signed for a fee in the region of £12million, the biggest spend from the Magpies over the pre-season transfer window, but has not lived up to expectation with the likes of Matt Ritchie, Christian Atsu and January arrival Kenedy all ahead of him in the pecking order.

He is a work in progress, having shown good pace and a determination to succeed, but he has looked too lightweight and too little of a consistent threat to retain his place in Rafael Benitez’s side – something which will have to change if he is to pick up more than the 22 appearances, 12 of which have been starts, he has this season.

A Newcastle fan at heart, his exit from Norwich also saw him leave behind his twin brother Josh, who remained at Carrow Road – the first time the pair had been apart in their careers.

However, now Newcastle have the chance to reunite the pair, with the Canaries reported by the Mirror to be looking to sell their speed machine to raise some much-needed funds, with top flight trio Leicester city, Bournemouth and Crystal Palace all said to be interested in his capture.

Having netted 10 goals this season for a struggling Norwich side, Jacob’s fellow winger looks to have outgrown the Championship and is ready to move to the top flight – and with Josh already on their books, the Magpies would have a big advantage over their rivals in sealing a deal.

It might be another risk, but one worth taking, for the pair of twins could cause havoc to back lines – as they once did at Norwich.

In other Newcastle United news, one giant is confirmed to exiting the club this summer.